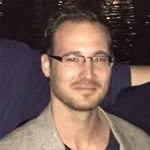 John Nicolazzo started his career in the medical cannabis industry back in late 2007 after a long technical career working as a Sr. Systems Analyst for Foxwoods Resort Casino. Graduating from Ridley Lowell Technical Institute and placing first in his class with a GPA of 3.96, Mr. Nicolazzo always envisioned combining his technical skills with the medical industry.

In early 2008 John was hired to run the operations for Medical Marijuana Evaluation Centers (MMEC) out of Lawndale California. With only a few doctors’ participating in the program at that time, John planned to expand the practice in Lawndale throughout all of California. MMEC then became one of the very first franchisee models for doctors looking to certify patients for the states medical cannabis program.

By 2009, John had successfully helped open, expand and operate over 12 medical doctors’ offices brining the monthly revenue from 1 office of $29,000 to over $460,000 monthly spread across all 12 MMEC locations. During the expansion time John realized that there was no easily accessible software specific to doctors that participate in the state cannabis program. Patients needing to be verified upon each visit to a dispensary became a rather encumbering task for doctors to verify these patients. The model designed by the state created a very high overhead discouraging doctors from participating in the program. It wasn’t until early 2010 when John started development of MarijuanaDoctors.com as not only a patient portal but a turnkey software solution for doctors. The system created by John Nicolazzo would alleviate concerns from doctors in regards to high operating costs and meeting state compliance requirements by developing a 24/7 patient verification service, online reporting tool for doctors, patient management system, certification letter generator and live appointment reminder system. Understanding the doctors needs in the industry John then started developing further technologies that would fast track and innovate the cannabis industry into what it is today.

In 2012 Mr. Nicolazzo developed and launched the “Titration Tracker” which allowed patients to record the effectiveness of cannabis through a mobile app and report those findings back to the doctor who issued the medical recommendation. This technology allowed for a vast expansion of the program because doctors can now accurately place patients on a treatment plan for cannabis and get live reporting on the patients’ health and how effective the recommended treatment has been. Seeing the industry come to fruition through technological innovation, John then started speaking at medical conferences to better explain the complexities involved in the industry as well as discussing all legal and compliance barriers of entry that doctors would soon face. The goal, was to educate doctors on the legality in issuing a medical cannabis certification to patients and to better explain the protections doctors have on both a state and federal level for recommending a scheduled 1 substance under states legislative acts.

In 2013 as more issues began to surface, John started conversations with several insurance companies to develop the industries first Med Mal Practice gap policy for doctors recommending cannabis to their patients. Almost 2 years later MarijuanaDoctors.com announced its new service offering (Mal Practice Policy) to the general public. This broke down yet again another barrier of entry allowing the cannabis program to be more susceptible to physician participation.

In 2015 John developed, launched and presented the world’s first accurate Cannabis suggestion tool at the New York Javitts Center cannabis conference. The suggestion tool created was developed using real scientific based evidence and created an opportunity for doctors to better understand how cannabis can be used to treat certain symptoms. The suggestion tool works by referencing over 80 different medical studies that identify specific components of cannabis as they relate to specific symptoms. The suggestion tool then geographically locates a specific cannabis product by cross referencing the study, the patient’s symptoms and the products tested information (THC levels, CBD levels, CBC levels, CBG levels, THCv levels etc.…). Patients after receiving the suggestion from the doctor can then enter the effects into the titration tracker so that doctors can make changes to the treatment plan on an as needed basis while receiving live feedback. Alerts are then sent to the doctors if a patient has recorded an adverse reaction with the treatment or have a negative reaction to the treatment regimen.
Currently John Nicolazzo is now speaking at several conferences around the United States and has been invited to almost every major event where there is a need for compliance, regulatory and technological discovery in the industry. Mr. Nicolazzo will be 1 of the only non MD members invited to speak at the New York medical symposium in February as a panel member to discuss the legality in the New York program.

John’s next level of innovation as the Co-Founder to ‘Labsults’ will be to construct a protocol for physicians when examining patient’s eligibility for the state program. Labsults is creating a standardization method that will alleviate doctors from medical risk by establishing a lab screening protocol. Doctors can then better understand the current usage of medical cannabis in a patient’s blood stream to place the patient on an accurate treatment plan. The protocol being developed will also include a scalable dosage model to better help the doctors gauge the level of treatment that would be best for the patient while removing concerns of fraud to verify patients are taking the properly recommended dosages assigned by the physician.