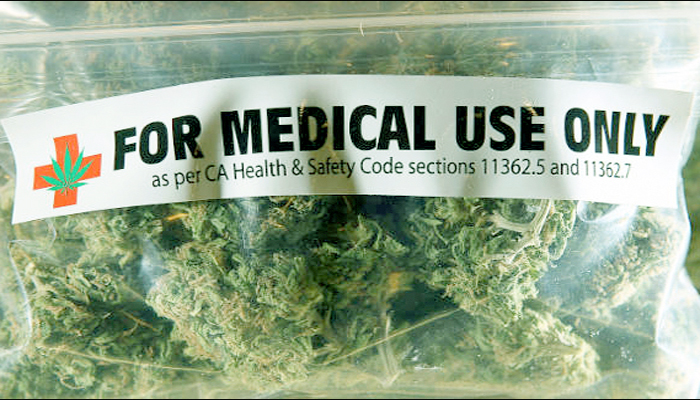 by Zach Reichard on December 17, 2012
ShareTweet

Barack Obama stated this Friday that recreational marijuana users in Colorado and Washington, should not be a “top priority” of federal law enforcement, and there are “bigger fish to fry.” However, that sounds like what he has previously said about not prosecuting patients and caregivers in the states in which medical marijuana is legal. Yet, the feds have continued to raid thousands of dispensaries, legal for-profit grow operations, as well as personal grow operations run by medical patients across the country. With Obama making statements supporting recreational pot smokers in Washington and Colorado, we hope the Justice Department’s policies will be reviewed to put them on the same page as the President.

The state where the crackdown can be felt most heavily is California. State attorneys have ruled to shut down a reported 600 dispensaries that were, for the most part, operating legally. Many were shut down as a result of California attorney’s bullying landlords with the threat of property forfeiture for condoning what is considered federally illegal business. Steve DeAngelo is the Executive Director of the nation’s largest and most reputable dispensary in California, Harborside Health Center. The dispensary run out of Oakland, California, was the focus of the 2011 Discovery Channel series, Weed Wars, which focused on the day-to-day aspects of business at Harborside.

DeAngelo claimed, “We wanted to be a model to other dispensaries, most of which have a media phobia. We wanted to tell our story and we gave Discovery complete access so that people could make up their own minds.”

Since it’s opening, Harborside has been under close watch by the Justice Department, overcoming a number of tough hurdles on their way to the top of the industry. However, the landlord of Harborside Health Center’s is under an immense amount of pressure from the U.S. attorney in San Francisco, who is threatening to seize the property. The federal court is hearing the case this Thursday; we will keep you updated on that story. DeAngelo commented on the impending hearing stating, “While it’s nice to hear these sorts of positive words from the president, we are facing efforts by the Justice Department to shut us down, so it’s hard for me to take them seriously.”

Although many California activists believed that Proposition 19 was going to be their saving grace, voters denied it in 2010. Nonetheless, this was merely the beginning of the battle for marijuana activists, who hosted a summit meeting December 7. Present at the meeting held at Oaksterdam University were a combined group of people who have individually fought for 5 different legalization measures in the past, and failed. This time around the activists will be combining their efforts to push hard for a measure on the 2016 presidential election ballot (and possibly the 2014 nonpresidential election ballot). With the growing nationwide support increasing at the rate that it’s going, they may have better luck next time.

The proposition would have let those older than 21 possess and consume marijuana, as well as let state and local governments authorize, regulate and tax commercial marijuana-related activities under certain conditions. Supporters believe that Proposition 19 was voted down because it wasn’t on a presidential ballot, had weak funding, and was incredibly ambiguous. Washington raised, and spent over $6 million campaigning for their Initiative 502, compared to a measly $3 million raised by California’s Prop. 19. However, money and a big campaign isn’t the only thing keeping California from getting their legislation passed. Colorado’s Amendment 64’s campaign was only financed by $2 million, however, both the Colorado and Washington measures included a full statewide regulatory system for production, distribution, taxation, as well as DUI standards for THC. The California proposition would have left regulation and taxation up to a patchwork of local statutes. In addition, both states are allocating revenue for substance-abuse prevention, research, health care, and schools.

Over in Colorado and Washington…

Colorado’s measure pledged to earmark their first $40 million in revenue for the public school capital construction assistance fund, and requires assembly to enact excise tax on wholesale sales, or laws about the farming, processing and sale of industrial hemp. The licensing of farms, factories, testing facilities, and retail stores is permitted, but regulation was left up to local governments.

Washington’s initiative allows the production of marijuana, but processing and sales are subject to a 25% excise tax on retail sales. In addition, licensing and regulation was left to the state liquor board to be sold, and taxed in the same fashion as alcohol. DUI laws were also amended to include THC blood concentration limits.

With both Colorado and Washington’s legislation passing with 55% in favor, I think it’s safe to say that California may have a thing or two to learn from them. While Californian’s may think they have it all figured out with their current medical marijuana program, they may perhaps need to consider a state-run, regulatory program to gain endorsements and voter support. This in our opinion would be a good first step towards the legal, recreational use of marijuana for Californians.