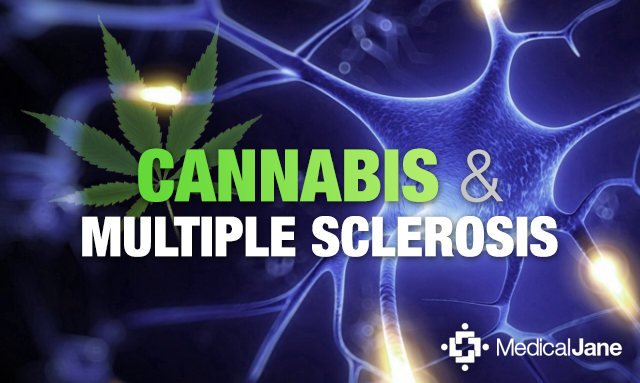 What is Multiple Sclerosis (MS)?

Multiple Sclerosis (MS) is a chronic, typically progressive disease involving damage to the sheaths of nerve cells in the brain, spinal cord, and optic nerves. It is an immune system attack on the central nervous system (CNS). A fatty substance called Myelin, which surrounds and protects the nerve fibers in the CNS, is damaged as well as the nerve fibers themselves. The damaged myelin forms scar tissue (sclerosis) and causes disrupted nerve impulses traveling to and from the brain and spinal cord causing the variety of symptoms that can occur. Symptoms include pins and needle feelings throughout the body, numbness of the limbs, loss of vision, or even paralysis.

A study published by the Canadian Medical Association Journal concluded that smoking marijuana might reduce certain symptoms in patients with multiple sclerosis.

According to the authors of a study that was done called, “Effects of Cannabis on Cognitive Function in Patients With Multiple Sclerosis,” previous cannabis research done on MS patients was done using synthetic derivatives of the drug. Data about patients with multiple sclerosis being treated with cannabis extracts is lacking.

Researchers from the University of California, at San Diego School of Medicine conducted one of the studies published in the journal. They conducted a double blind, controlled clinical study on 30 MS patients to understand the effects of marijuana on spasticity. Spasticity is only one of a long list of common symptom of MS and causes patients to have stiffness and involuntary muscle spasms. As we stated before, all previous studies on MS and marijuana have been conducted using a synthetic, pill form of cannabis. In this study, researchers wanted to study the beneficial effects of ingesting, or smoking, the raw form of cannabis.

“Essentially what this means is by identifying and isolating key cannabinoids in the marijuana that show benefits without the negative cognitive effects, we make it possible to solve the problem without causing others.”

What they found was that, “Smoking cannabis was indeed superior to the placebo in reducing spasticity and pain, but that certainly came at a price.” While patients may have felt less pain, they experienced impaired attention, concentration, cognitive function, and some experienced fatigue. Essentially what this means is by identifying and isolating key cannabinoids in the marijuana that show benefits without the negative cognitive effects, we make it possible to solve the problem without causing others. As more research is being done on cannabinoids and their medicinal benefits, this seems increasingly feasible.

We touched on this subject in our Cannabidiol article, in which we identified CBD as an antiepileptic (reduces seizures and convulsions) as well as an antispasmodic (suppresses muscle spasms). Many have identified this cannabinoid to be the ideal cure because it lacks the psychoactive “high” that is causing the impairment of patient’s cognitive functions. Patients have found that CBD is perfect for dealing with the underlying nerve, and muscle irregularity as well as inflammation.

While currently there is no cure to multiple sclerosis, a company by the name of GW Pharmaceuticals in England has even been producing a whole-plant, cannabis extract that includes CBD, and THC for use with MS patients called “Sativex.” However, the drug is illegal in the U.S., so no one will be seeing it until the laws change. Until then, patients have found that self-medicating with tinctures, or CBD-rich drops, is working quite well to suppress some of their MS symptoms. These tinctures can be found in an increasing number of dispensaries in California, and we are sure other states with similar laws will catch on as the demand for CBD concentrate rises.

The DEA’s own Administrative Law Judge, Francis Young, testified, “Marijuana, in its natural form, is one of the safest, therapeutically active substances known to man.” Yet our government chooses to ignore the ever-mounting number of real success stories from MS patients. The only thing we can hope is that the laws come around for these suffering MS patients in the future.