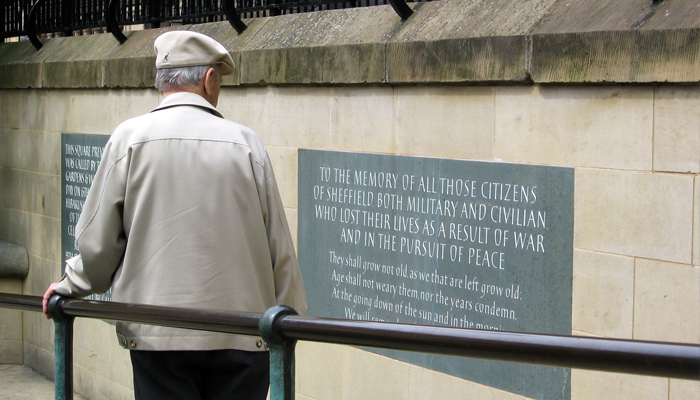 Veterans for Medical Cannabis Access (VMCA), is a Virginia-based non-profit service organization designed to assist veterans who wish to be able to use marijuana for medical purposes. They work towards safe access for veterans to medical marijuana without the fear of reprisal. Mike Krawitz, executive director of VCMA launched the “Allow United States Disabled Military Veterans Access to Medical Marijuana To Treat Their PTSD” petition last year. He said that he was concerned about military veterans risking losing their Veterans Affairs Department medical coverage if they are found to smoke pot or even discuss it with their doctors.

The petition was on the White House website, and was signed by 8,258 people. The White House usually requires 25,000 signatures before it will respond to such petitions, so it was struck down. They claimed that marijuana is not considered a “benign drug,” and it doesn’t meet safe or effective medicine standards.

“For many, cannabis not only treats PTSD… it’s considered a lifesaver,”Krawits told Military Times.

Veterans and military troops transitioning back into civilian life are facing a number of disorders, and many are suffering severely. Post-traumatic stress disorder (PTSD) is an extremely severe anxiety disorder that many veterans develop after their psychological trauma they experienced while at war. It is a horrible disorder to endure and many veterans are currently being prescribed powerful addictive drugs to treat the symptoms.

These drugs work for some, but others become addicted and the drugs are affecting their lives. The prevalence of substance abuse among veterans has increased substantially and some are even committing suicide. For this reason exactly, veterans are turning to cannabis more and more to deal with the crippling symptoms of PTSD, traumatic brain injuries, and chronic pain.

In 2010 the U.S. Department of Veterans Affairs formally began to allow the use of medical marijuana by veterans treated at its medical facilities in states where it is legal. That means that veterans no longer have to worry about losing benefits if they test positive for marijuana in those states. Despite that fact, a number of veterans choose to self-medicate with the drug illegally rather than sign up for the medical-marijuana programs because of their distrust of the government.

When Iraq veteran, Cory Woodstock, returned to his home in Arizona he was on 23 prescriptions, taking 57 pills a day. In 2009 he self-medicated with cannabis to prevent the voices he was hearing in his head and to ease the pain he was feeling throughout his entire body. However, once the drug showed up in a urine test for the U.S. Department of Veterans Affairs (VA), his doctor cut him off all prescriptions he needed for his pain. He quit smoking marijuana because he feared federal officials would strip him of his benefits. Woodstock tried other forms of treatment outside of the VA system to no avail. Nothing worked for him like marijuana:

“It was an experiment, and it worked, I was able to sleep. I wasn’t so conscious about not being able to speak (well). I told the doctors I tried it and it helped. They said it voided my contract with the VA. I’m leery of the federal government. I’m not going to take the chance.”

Woodstock said he wants to use marijuana to medicate, but he will not sign up for the medical marijuana state programs unless federal law enforcement changes its stance. This is a common position of veterans all across the country.

In 2010, a national ABC News/Washington Post poll found that 81% of the country supports legalizing medical use, yet the government stubbornly denies access to the alternative medicine. Subsequently, in April of 2011 the FDA approved a clinical trial involving cannabis for treating PTSD. However, the trial is in current legal limbo because the Health and Human Services Department is making it difficult for the non-profit group to get the government-grown marijuana.

With suicides outnumbering combat fatalities by a ratio of 25 to 1, and as much as 18% of Iraq veterans returning with PTSD, it would be negligent of the government to keep ignoring and delaying the issue.