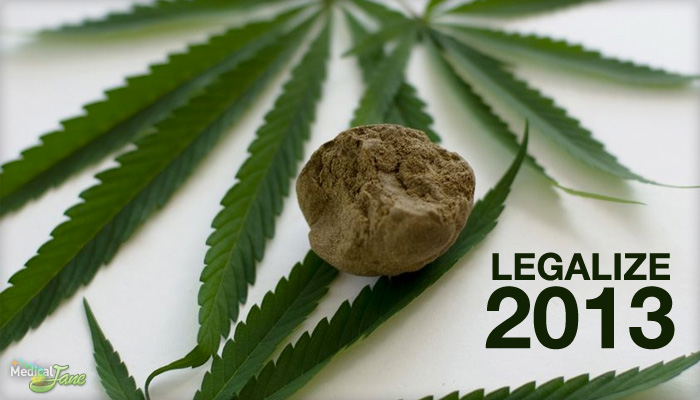 New Legalization Measures Introduced at the Federal Level in 2013

by Zach Reichard on February 07, 2013
ShareTweet

In the wake of Washington and Colorado’s legalization of cannabis, a strong effort is mounting in Congress to make the law changes on a national level as well.

Lawmakers from Colorado and Oregon are pushing to tax and regulate the production and sale of cannabis, as well as the industrial production of hemp. Advocates working alongside the lawmakers to push the bills admit that getting the legislation passed this year is a long shot. Nonetheless, they are hopeful because of the recent developments in the newly legalized states.

What does the ‘Ending Federal Marijuana Prohibition Act’ do?

Democratic Representative Jared Polis of Colorado pioneered the first of two bills introduced on Tuesday (Feb. 5). The ‘Ending Federal Marijuana Prohibition Act’ is essentially a regurgitated version of a bill that was proposed in 2011 by Reps. Barney Frank, D-Mass. and Ron Paul, R-Tex. While their bill would have legalized and taxed cannabis for public consumption, Polis’s version of the bill would remove cannabis from the oversight of the Drug Enforcement Administration (DEA), and put it in the hands of the newly renamed, “Bureau of Alcohol, Tobacco, Marijuana and Firearms.”

“The bill will regulate cannabis the same way as alcohol, and producers will be required to obtain a federal permit.”

The legalization of cannabis will be left up to state governments, and it will remain illegal to bring cannabis into a state where it is still outlawed. “This legislation doesn’t force any state to legalize marijuana, but Colorado and the 18 other jurisdictions that have chosen to allow marijuana for medical or recreational use, deserve the certainty of knowing that federal agents won’t raid state-legal business,” stated Polis in a recent press release.

This is not a horrible bill, but why associate the medicinal plant with things like alcohol, tobacco, and firearms? How about we make a new bureau? Why would you have people who know next to nothing about the plant, providing oversight for the whole nation?

What is “The Marijuana Tax Equity Act?’

Democratic Representative Earl Blumenauer of Oregon introduced the second bill, ‘The Marijuana Tax Equity Act’, on Tuesday. This measure would impose a fifty-percent excise tax on the “initial sale” of marijuana, as well as additional tax stipulations similar to those imposed on alcohol and tobacco. The initial sale tax will typically fall upon a processor or retailer buying directly from a grower. In addition, the bill will tax producers or importers $1,000 annually, and $500 for other marijuana businesses.

While no official amount of expected tax revenue can be predicted, Blumenauer and Polis are planning on releasing a policy paper this week that will suggest that a federal tax of $50 per ounce could raise $20 billion a year (this is based on rough estimates of course). “There is an opportunity for us to make, at a minimum, a $100 billion difference over the next 10 years,” claimed Blumenauer.

Not So Fast Earl Blumenauer!

What will this mean for the medical marijuana programs that are already established? We can already see these types of problems arising on a micro scale in Washington. Under Initiative 502 that was passed by Washington voters last fall, a 25% excise tax is slapped on each level of the system: producer to a processor, processor to a retailer, and retailer to the customer. In addition, B&O taxes on the production, and local retail sales taxes still apply. Now state lawmakers are introducing bills that aim to take a cut of sales at medical marijuana dispensaries as well. Reps. Ross Hunter and Reuven Carlyle introduced the new bill yesterday that would apply a 25% tax to the sale of cannabis and cannabis-infused products in medicinal dispensaries.

Silly Washington representatives. I’m not sure if any of you took entry level business classes in college, but a man by the name of Steven Kerrwrote an article entitled ‘On the Folly of Rewarding A, While Hoping for B.’ Kerr explains how many problems in organizations stem from unintentionally rewarded behaviors caused by faulty incentive or reward systems. To apply this concept to this situation: While Washington may think that raising taxes on medicinal stores will drive people to purchase their cannabis from state-licensed stores, it is actually doing quite the opposite; incentivizing people to retreat back to the “black market” to avoid paying steep taxes completely. Not to mention, even after a 25% tax increase on medicinal marijuana, it will STILL be less expensive than cannabis bought from state-sanctioned stores (with taxes of up to 75% by the time it reaches the consumer). This will cause an influx of recreational use back into the medical channel; exactly what the state was trying to avoid.

So Many Questions, So Little Time

Can someone please explain to us how any of these laws are relevant in the first place? Non-medical dispensaries are not even legal under I-502 (roughly 125 exist in the state), so taxing them would legitimize them, right? In addition, the state’s medical marijuana law provides for community gardens of up to 150 plants that 10 patients may share. Medical patients are allowed to grow their own 15 plants as well. Increasing the prices on their medications will only increase the amount of patients who grow for themselves.

Why are representatives trying to impose taxes on sick patients in the first place? Prescription drugs are not taxed like this in Washington… why would you tax cannabis? Take a look at your buddies in Colorado, they seem to know what they are doing.

The Beginning of the End for Marijuana Prohibition

While we agree that these two legalization bills may be a shot in the dark (and may need to be changed a bit), as Wayne Gretzky once said, “you miss 100% of the shots you don’t take.” This will certainly not be the one and only attempt at legalization at the federal level in the United States.

Dem. Rep. Blumenauer may have put it best by proclaiming, “These are the first two of what will probably be eight… ten bills… or more.”

It is rumored that the Vermont Senate Judiciary Chairman, Patrick Leahy (D), intends to hold hearings to discuss conflicts surrounding the differences between federal and state marijuana laws. In addition, many are expecting California Rep. Dana Rohrabacher (D) to introduce a bill soon that would give states the autonomy to establish their own cannabis policies, without fear of federal intervention.

While the bills may not face too much opposition from federal government, they will have to deal with Kevin Sabet and his newly formed Project SAM, who is opposed to all legalization efforts. When asked for his opinion on the two new legalization bills, Sabet criticized them stating, “These are really extreme solutions to the marijuana problem we have in this country… The marijuana problem we have, is a problem among kids, and stigma of people who have a criminal record.”

It is our responsibility as a community to carefully scrutinize all bills being considered to ensure they are truly representative of the wants and needs of the people. No one is exactly sure how to feel about legalization, or what it will mean for cannabis in the future. Some are afraid of big tobacco companies overrunning the business and don’t want legalization for that reason. Others think that it’s best to keep going down the medicinal road we are currently on. Whatever the case may be, we need to progress unhurriedly, and carefully examine each piece of legislation (and supporting groups like Project SAM) to ensure that we are not lured down a yellow brick road only to be stabbed in the back. In the mean time, we will remain dedicated to providing you with up-to-date information on all legalization efforts.