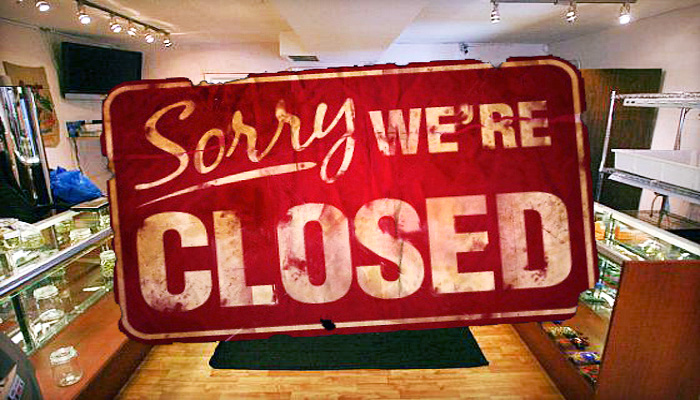 by Zach Reichard on February 14, 2013
ShareTweet

Last week the Michigan Supreme Court issued a 4-1 ruling affirming the state’s right to shut down the Compassionate Apothecary (CA) dispensary in Mt. Pleasant, on the grounds that they constitute a “public nuisance.”

The court ruled that the dispensary was in violation of the public health codebecause of the “patient-to-patient” sales enabled by the dispensary. According to Michigan Attorney General Bill Schuette, this ruling would allow prosecutors to shut down remaining dispensaries operating in this manner. Then again, the case did not rule against ALL types of dispensaries, resulting in many businesses refusing to close their doors until they are personally told to do so by federal prosecutors.

“We have 126,000 medical marijuana patients in Michigan and there are not enough caregivers to provide for them.” – Rep. Mike Callton

The way some of these businesses run in Michigan is very different from your typical California or Colorado medical marijuana dispensary. The Compassionate Apothecary dispensary allowed registered patients and caregivers to rent out lockers to trade cannabis for an agreed-upon nominal fee. According to court records, CA was collecting a small service fee for each transaction and was registered with the state. The court ruled that these types of sales are not permitted under current Michigan medical marijuana laws.

Despite the ruling, Michigan lawmakers have been busy at work drafting up a rebuttal bill to introduce. Rep. Mike Callton (R) of Nashville MI said last week that he was going to be the man to do so, and he followed through. His bill, which could be introduced as early as today, would allow for the establishment of medical marijuana dispensaries or provisioning centers to handle the sale of cannabis to registered patients. In the end, the decision to allow dispensaries will be left to the discretion of local governments.

Without Dispensaries, Patients Are Left To Suffer

Rep. Callton said that the current laws on medical marijuana sales are inadequate. “We have 126,000 medical marijuana patients in Michigan and there are not enough caregivers to provide for them,” said Callton. Although he introduced a similar bill last legislative session, he hopes his “health delivery model” will be more appealing this time around.

“Never has the timing been more urgent to get a definitive law in place as it relates to medical marijuana provisioning centers… The real losers in the recent ruling are the patients.” – NPRA

The National Patients’ Rights Association (NPRA) commented on the situation in Michigan, “Never has the timing been more urgent to get a definitive law in place as it relates to medical marijuana provisioning centers.” NPRA spokesman Drew Driver stated that, “The real losers in the recent ruling are the patients. All this has done is created even more confusion to an already complicated and complex system.” Driver acknowledged the fact that many patients are incapable of growing their own cannabis, and thus rely on these dispensaries for their medicine. “An increasing number of patients have limited access to medical marijuana and now are in an even more precarious situation,” Driver points out.

To consider a dispensary a “public nuisance” sounds utterly absurd to us. All this ruling will do is force patients to obtain their cannabis in other ways; Patients will not go without their medicine. Until the legislative clarifies what types of businesses are allowed to exist, the Michigan medical marijuana scene will be a confused mess. This seems like more of a “nuisance” than a harmless transaction between a caregiver and a qualified patient.