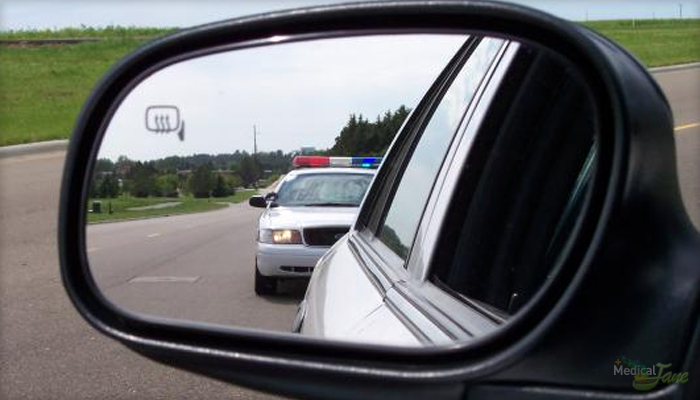 Arizona’s court of Appeals ruled on Feb. 14 that drivers found to have traces of THC (active or inactive) are subject to prosecution for “driving under the influence of marijuana.”

It all started three years back in December of 2010 when Hrach Shilgevorkyan was involved in a routine traffic stop in Maricopa County. He was pulled over for speeding and unsafe lane usage, and the officer noticed he had slurred speech, bloodshot eyes, and a flushed face. He admitted to smoking weed but did not specify when that occurred. When the deputy brought Shilgevorkyan downtown for processing, he agreed to have a blood test done. The results revealed a small concentration (8ng/ml) of Carboxy-Tetrahydrocannabinol(“Carboxy-THC”) in Shilgevorkyan’s body, and he was arrested for DUI.

Carboxy-THC is the main secondary metabolite of THC found in the body after ingesting cannabis. While the metabolite is non-psychoactive, it does have a longer half-life than THC. This causes it to remain in the body for up to a few weeks after use among heavier users. According to the Associated Press, even a prosecution criminalist testified in court stating that the compound found in the man’s blood doesn’t impair the ability to drive. However, the metabolite is not entirely futile. It is thought that Carboxy-THC plays a role in the analgesic and anti-inflammatory effects of cannabis, and has been shown to moderate the effects of THC on the user based on the amount present in the body. This may account for the differing effects of THC between frequent users and occasional users.

Shilgevorkyan’s lawyer fought the case in the lower courts arguing that Arizona’s DUI law only refers to marijuana and, “its metabolite.” The case was dismissed by two Maricopa County judges who agreed that it would be irrational to prosecute someone for a crime that may have occurred outside the state a number of weeks prior to the conviction. Superior Court Commissioner Myra Harris commented in the 2012 ruling stating that, “[r]esidents of these states, particularly those geographically near Arizona, are likely to travel to Arizona.”

“We determined that the legislative ban extends to all substances, whether capable of causing impairment or not.” – Judge Andrew W. Gould

The state appealed to the Superior Court, who examined the wording of the existing law and determined that it did not intend to include all metabolic derivatives from drugs to be basis for a DUI. When they didn’t hear what they wanted, the state appealed once again to the Court of Appeals. The court (no surprise) ruled that allowing testing for marijuana’s active compound (THC) would “unduly restrict law enforcement,” and the Legislature was not splitting hairs between active and inactive metabolites. They stated that the legislation is intended to impose a flat ban on driving under the influence of any prohibited substance and “its metabolite” (which apparently may be interpreted as plural to avoid ambiguity).

According to the Examiner, the court also rejected the defense point that the Arizona Medical Marijuana Act, “shows legislative intent to classify inactive metabolites as evidence of impairment.” Judge Michael J. Brown wrote the summary for the court, citing a previous case in which they, “[We] determined that the legislative ban extends to all substances, whether capable of causing impairment or not.” Judges Andrew W. Gould and Donn Kessler were the two other judges that concurred with the ruling, officially reversing the Superior Courts decision.

The decision has huge implications for the state, and even surrounding states. Since Arizona is a medical marijuana state, chances are there will be tons of people driving around with inactive cannabinoids present in their blood streams. Some type of protection needs to be put in place to prevent these legal card-holding patients from being prosecuted (regardless of which state they are registered in).

Michael Alarid III represents the defendant, and stated that he will be appealing the decision to the Arizona Supreme Court. We hope that the Supreme Court will amend the law, removing the prosecution of drivers with inactive substances in their system that do not cause impairment.