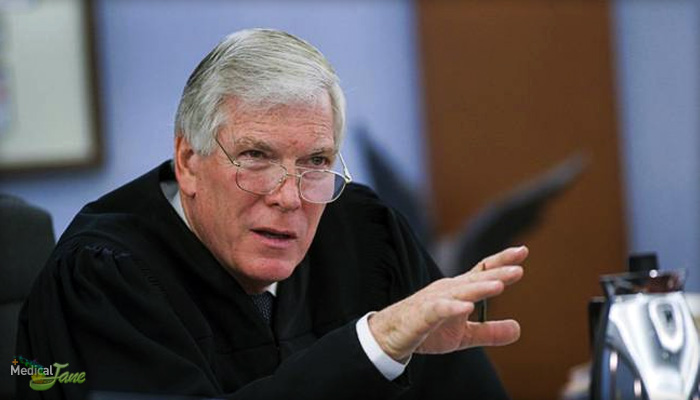 by Zach Reichard on February 22, 2013
ShareTweet

Nevada Senators have agreed it is time to change existing laws regarding how qualified patients acquire their medical marijuana.

The Senate Judiciary Committee hearing lasted nearly three hours today, in which the members agreed that it is nearly impossible to obtain marijuana under current stipulations of the law. The existing MMJ law requires a qualified cardholder to grow his or her cannabis and does not allow for the existence of dispensaries.

Bearing in mind Nevada isn’t the most ideal location for growing cannabis, many patients are simply unable to provide for themselves and are forced to go without, or resort back to the black market. Even if patients wanted to grow their own marijuana, the act of acquiring a seed is illegal in and of itself.

“Let’s go back and do what we should have done 10 years ago. It’s something that it’s time has come. Colorado has it. Arizona has it. California has it. Oregon has it. Washington State has it. We’re surrounded by it.”– Sen. Tick Segerglom.

In the hearing earlier this afternoon, Sen. Tick Segerblom (D-Las Vegas) announced that he plans on introducing a bill soon that will provide for a regulated system of licensed dispensaries. He claims that his system is based around concepts adopted from Colorado’s 24-hour video surveillance system in place for grow-ops and dispensaries. Dispensaries would be regulated by the Gaming Control Board, and will be monitored as strictly as casinos. “Let’s go back and do what we should have done 10 years ago. It’s something that it’s time has come. Colorado has it. Arizona has it. California has it. Oregon has it. Washington State has it. We’re surrounded by it,” stated Segerglom.

This is all following acase in which the court ruled in favor of two dispensary workers charged with drug trafficking. Nathan Hamilton and Leonard Schwingdorf were both arrested for supplying cannabis to patients who were unable to grow it themselves. On his last day on the bench, District Judge Donald Mosley (retired at age 65) spoke out against the existing law, “It is apparent to the Court that the statutory scheme set out for the lawful distribution of medical marijuana is either poorly contemplated or purposely constructed to frustrate the implementation of constitutionally mandated access to the substance.” The court is awaiting trial in the Nevada Supreme Court.

We hope to see Sen. Segerblom get his peers involved, and get a drafted bill introduced sooner than later. If that doesn’t happen, Nevada patients will just have to wait and pray the Supreme Court adjusts the legislation in their ruling.