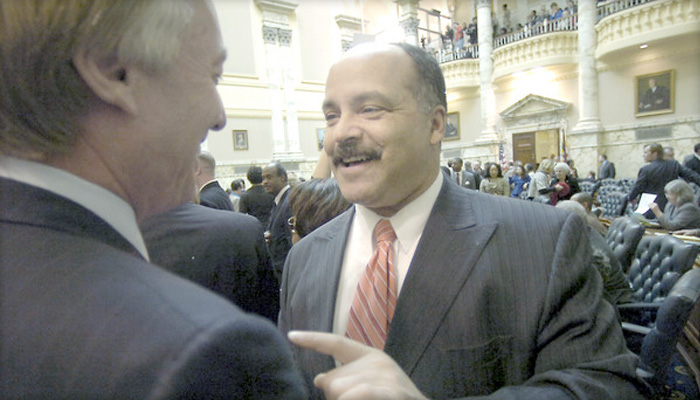 Maryland decided to join the legalization effort on Feb 21st, when Delegate Curt Anderson introduced a bill that would legalize the recreational use of cannabis in the state.

House Bill 1453, similar to the existing Amendment 64 in Colorado, would allow the plant to be purchased and consumed by adults 21 and over, and sold by the state. Individuals would also be allowed to grow up to three marijuana plants in the privacy of their homes.

What Will House Bill 1453 Mean For Maryland?

Under the proposed bill, smoking a joint in public and driving under the influence will remain illegal. For every ounce sold, a $50 excise tax is also collected by the state. A portion of the extra tax revenue generated from the program will be dedicated to treating those with (real) substance abuse problems. Residents who wish to grow their own plants will be required to obtain state issued identification “zip ties,” to attach to their plants, for $100 per year.

“You never get to that point unless you have the discussion about it, and the discussions we’ll have this year are probably had in a more serious vein because of what happened around the country.”– Del. Curt Anderson

Earlier this year, advocates in Maryland reintroduced two other pieces of legislation scheduled to be heard by the House early next month. Del. Cheryl Glenn introduced House Bill 302, which establishes a medical marijuana program, and House Bill 180, which extends the affirmative defense to a prosecution for caregivers of medical marijuana. Both of these bills are scheduled to be heard in the House meeting on March 8th at 2:00 p.m..

Although Del. Anderson is not completely sure the state is ready to legalize marijuana, he believes that it is an issue that needs to be discussed to move forward. “You never get to that point unless you have the discussion about it,” said Anderson, “and the discussions we’ll have this year are probably had in a more serious vein because of what happened around the country… People now are not afraid to talk about it, and apparently people are not afraid to introduce bills.”

The House has not yet scheduled an official hearing on the bill.