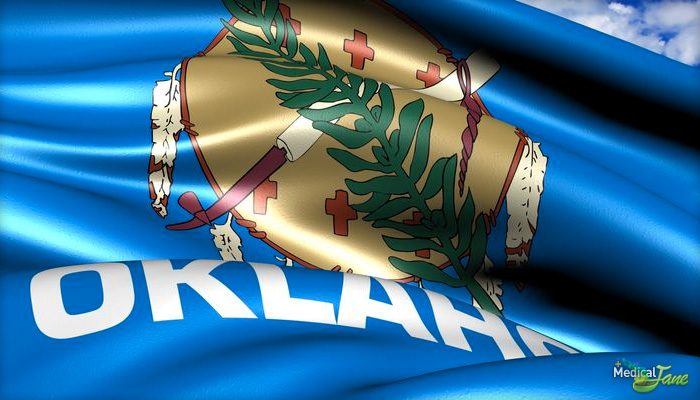 by Zach Reichard on February 28, 2013
ShareTweet

The Oklahoma House Public Safety Committee unanimously passed a bill yesterday that would make first and second offenses of marijuana possession a misdemeanor.

Currently, a person’s first offense of any amount (except distribution charges) is a misdemeanor punishable by up to one year in jail. A second possession offense is a felony punishable by a mandatory minimum sentence of two to ten years in prison.

The House committee voted 14-0 yesterday in favor of House Bill 1835, sponsored by Rep. Cory Williams (D-Stillwater). While the bill wouldn’t decriminalize cannabis, or legalize it by any means, it will take the plant off the list of substances for which a second offense results in a felony. “I believe that our constituents don’t support us coming down here and legalizing it, I do believe that they support us being smart on crime… We’re not being soft on it; we’re not legalizing it,” said Williams.

The vote came one day after the Senate Health and Human Services Committee voted 6-2 against Senate Bill 710. The Compassionate Use Act of 2013 would have allowed patients with qualifying medical conditions to possess up to eight ounces and grow up to 12 marijuana plants. Qualified patients would have also been able to acquire their cannabis from state-sanctioned collectives.

State Sen. Constance Johnson (D-Oklahoma City) introduced the bill, and believes the hearing is a sign of progress. She has introduced similar legislation over the past six years, but none of them were even entertained. “I consider it a victory for the citizens of this state,” commented Sen. Johnson. “I think it’s a step in the right direction in terms of moving it forward and getting some indication of what people’s reservations are so we’ll know what to address.”

Other Oklahoma Cannabis Bills To Watch Out For

Two other bills have been filed and are awaiting their hearing in the state Senate. Senate Bill 902 would develop rules to allow qualifying patients to use medical marijuana with approval from their physicians. A second bill, Senate Bill 914 would reduce the maximum penalty of one year in jail and a fine of $1,000 for possession of up to 1.5 ounces, to a maximum of 10 days in jail and a fine of $200.