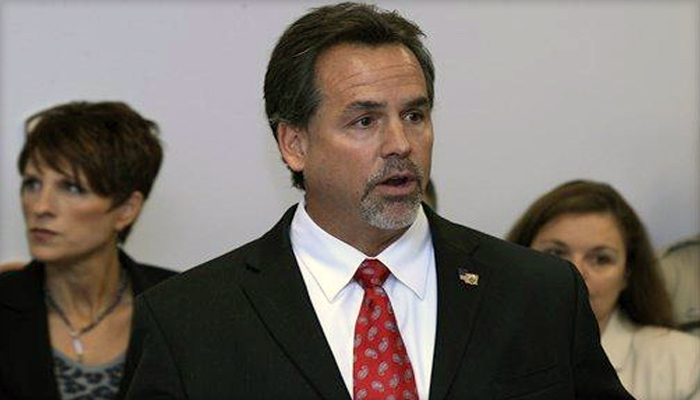 After closing down over 230 San Diego brick and mortar dispensaries in the past year and a half, the DEA is now preparing to shift their focus to shutting down every delivery service they can find. “I’d like to say by summertime, we’d like to have them all closed, that would be our goal,” Sherman told NBC 7.

“They are no different than a guy selling dime bags in the back of a van in Pacific Beach.” – William R. Sherman, DEA

“None of them are caregivers, none of them are there for non-profit, that’s for sure, and none of them fit anybody’s definition of a collective or cooperative,” Sherman said in the interview. Sherman deems business owners operating these delivery services as drug dealers taking advantage of the law. “They are no different than a guy selling dime bags in the back of a van in Pacific Beach,” he said.

Sherman points out in the interview that the “drug dealer” delivery drivers frequently travel with armed guards, and states that they are often targeted by armed robbers resulting in violent confrontations. He claims that many of the robberies go unreported because the crimes are, “drug dealer against robber, and who’s gonna make that complaint to the police?”

What Sherman fails to recognize, is the fact that if the DEA hadn’t shut down all the store fronts that were operating within the legal structure provided by California’s Prop 215 and SB420, dispensary owners wouldn’t have had to resort to delivery-only services. The crackdown has forced hundreds of drivers onto the streets, significantly increasing the chance of being robbed. In addition, if the dispensaries were legal and regulated, robbery victims would feel comfortable calling the police. This would eliminate the need to travel with security guards, and would deter criminals from robbing drivers.

“If the DEA is so unhappy with this current model they should have thought about that before they shut down all the dispensaries.” – Jessica McElfresh

Jessica McElfresh is a San Diego attorney that represents and defends medical marijuana collectives and patients in Southern California. She believes that patients and employees would in fact be safer if the businesses were regulated, because robbery victims would not fear self-incrimination from reporting crimes to the police. “They’re not about going after drug dealers. They’re about shutting down safe access,” stated McElfresh.

McElfresh noted that the state law allows for medical marijuana collectives to provide delivery services, and states, “What they’ve made clear is that they have no desire to respect state law.” McElfresh believes that the government’s strategy is thwarting patients’ safe access to the medicine they require. “Every one of these steps actually pushes people in the hands of drug dealers,” she said.

San Diego Mayor, Bob Filner, is another blunt advocate for medical marijuana that took office last November as a result of his advocacy. Since January, Filner’s office has been drafting a revised ordinance that would deal with the regulation of medical marijuana dispensaries in the city of San Diego. Although the Mayor’s proposal was scheduled to move forward to Council at the March 5th meeting, his office has announced that the ordinance will not be ready for introduction for at one or two more weeks.

In a statement from Eugene Davidovich, of the San Diego chapter of Americans for Safe Access(ASA), Davidovich addresses the DEA and U.S. Attorney Laura Duffy directly, saying:

“If you think the community will sit by quietly while you attempt to shutter the last traces of access to medical cannabis that exist in San Diego, then you have another thing coming. We will not rest until you are held accountable for this attack and your previous attacks on patients. It is time for you to end this interference in state law and vindictive eradication effort. San Diego elected officials and community members deserve to regulate a medicine that has been legal in the State for 16 years without this federal interference.”

Even if the council were to adopt Filner’s new zoning ordinance, U.S. Atty. Laura Duffy is independent of any council action, and has declined to say how her office would respond to a new ordinance. “I think we’ll have to wait and see what happens,” she said.

While Sherman refuses to announce precisely when his war on delivery services will commence, he did say it would be very soon.