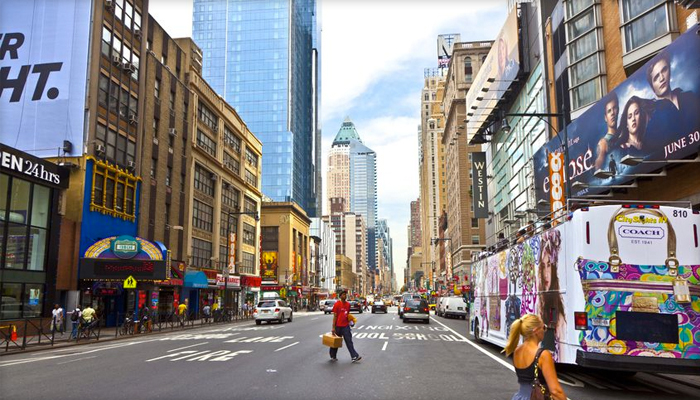 In the 1980s, New York was one of the seven states to enact a state law that set up a medical marijuana program requiring the Health Department to distribute marijuana joints to people with glaucoma or cancer.

The law was named after New York City Councilman, Antonio Olivieri, who urged lawmakers in Albany to pass it after he was diagnosed with a brain tumor. Olivieri used marijuana after undergoing chemotherapy to battle the side effects. He became an advocate immediately and, from his hospital bed, lobbied the chair of the senate health committee. Olivieri passed away a short time after the bill was passed in 1980.

Patients that received approval from their physician, in addition to a five-member patient qualification review board, would be given a pamphlet advising them to “inhale deeply, hold for 10 seconds and then exhale.” The pamphlet warned of the side effect of cannabis, Sedation, which “rarely requires special attention, although some people find it annoying.”

Was Cannabis Working Too Well? What Was The Issue?

Under the program, pot was obtained from the federal government or a state police evidence locker if the government supply was depleted. During the first decade of the programs existence, the Health Department distributed an estimated 6,000 cannabis joints, to over 200 patients.

“It has been on the books for 30 years and hasn’t led to any further activity.”– Sen. Diane Savino

Patients were instructed to take notes on the effects of smoking the cannabis, and provide all information to the Health Department. After the first year, a report came back with an overwhelming positive response signifying the “inhalation of marijuana is an effective antiemetic for cancer patients” undergoing common chemotherapy treatments.

Unfortunately for the suffering patients, the program was forced to shut down by the end of the decade, along with all the programs in other states. “It has been on the books for 30 years and hasn’t led to any further activity,” stated New York Sen. Diane Savino.

New York Sen. Diane Savino is planning on introducing a bill soon that would call for the legalization of medical marijuana in the state. “I’m hoping the bill will be ready by the end of week, and if not then the beginning of next week,” Savino said. The revival of the states program can be largely attributed to the recent legalization of cannabis in Washington and Colorado, and the law is akin to Colorado’s medical marijuana law. The bill will require tracking the plants from seed to sale, and allow private companies to grow and sell it.

“I’m hoping the bill will be ready by the end of week, and if not then… the beginning of next week.”– Sen. Diane Savino

Ariene Williams, 75, begun using cannabis to treat her side effects caused by her chemotherapy treatments in 1980. She was vomiting before and after each treatment as she fought for her life against breast cancer. She was advised by her doctor to not bother with the New York program, or the federal one that was available because, “she would be dead before she finished the paperwork.” After receiving such alarming news, Williams resorted to buying some pot from a local dealer in Manhattan Park. Shortly after beginning to self-medicate with cannabis, Ariene’s weight climbed from 85 pounds to 175 pounds.

Williams is now known as “Ganja Granny”, and has been an advocate ever since. “We need to get more people to write letters and make phone calls to their legislators to get this done. All things people say won’t happen, do,” she proclaimed. “There’s gay marriage – even the pope stepped down – and this too will happen.”

“Nobody Wants To Be The Drug Governor…”

In order for this bill to get passed, it will take the convincing of New York Governor, Andrew Cuomo. The Governor has announced that while he does not favor the idea of a medical marijuana program, he is open to the idea of it. The legal director for the New York branch of NORML said that Cuomo’s disinclination has nothing to do with the science behind medicinal marijuana. “This is purely political… Nobody wants to be the drug governor,” he goes on to say.