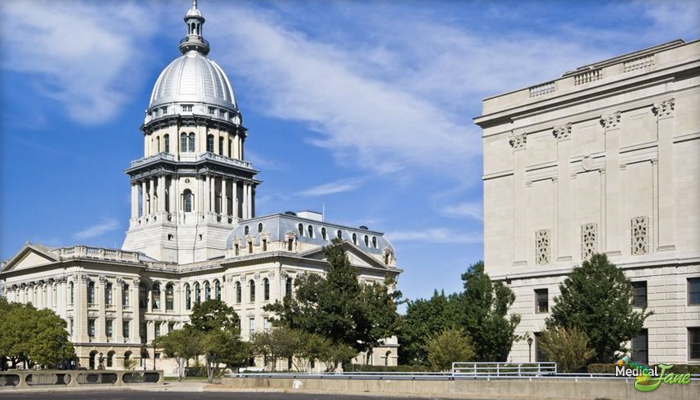 The Illinois House Human Services Committee approved a bill yesterday, March 6, in an 11-4 vote that would allow for the use of medical marijuana by qualified patients.

House Bill 1, which supporters say would be the most tightly regulated marijuana law in the country, would restrict the number of dispensaries statewide to 60, and cultivation centers to 22. It would restrict usage to those suffering from specific conditions such as cancer, HIV/AIDS and multiple sclerosis.

“This is clearly model legislation for the country if we pass it.” – Rep. Lou Lang

The bill’s sponsor, Deputy Majority Leader Lou Lang (D-Skokie), has been forced to tighten the proposed rules year after year. “This is clearly model legislation for the country if we pass it,” said Lang. “Why would we not help these people under very controlled circumstances?”

Under the bill, the Illinois Department of Agriculture, Department of Health, and Department of Financial & Professional Regulation will regulate the cultivation, attainment, and distribution of cannabis. The Department of Health will be issuing identification cards that will permit a person or their caregiver to legally possess no more than 2.5 ounces of usable cannabis during a 14-day period.

House Bill 1 will also amend the Illinois Vehicle Code to provide for the protection of qualified patients, in possession of a valid registry card, from receiving a DUI unless that person is impaired by the use of cannabis. Spokesman for the Illinois Association of Chiefs of Police, Limey Nargelenas, stated that the amendment to the vehicle code is, “one of the biggest concerns,” because of highway safety.

“The Bill Is The Tightest Medical Marijuana Bill Ever Written”

This is the third time in recent years that Illinois lawmakers have considered allowing medical marijuana. Some critics of the bill are concerned with the tight controls that have been added to the measure merely to get approval from the rigid committee. The measure lays out plans for a four-year pilot program in which patients and caregivers to submit background checks.

“If you don’t have one of the 33 named diseases or issues, then you aren’t getting the card.” – Rep. Lou Lang

“The result of other states like Colorado and California is exactly why we have made this the tightest bill ever written. If you don’t have one of the 33 named diseases or issues, then you aren’t getting the card,” Lang said. Some opponents of the bill, such as Ralph Rivera of the Illinois Family Institute, say families are concerned with their children getting their hands on the medical marijuana. “For 12 to 17-year-olds they are all above the national average that are using marijuana in those medical marijuana states,” Rivera stated.

House bill 1 will now make its way to the full house for consideration.