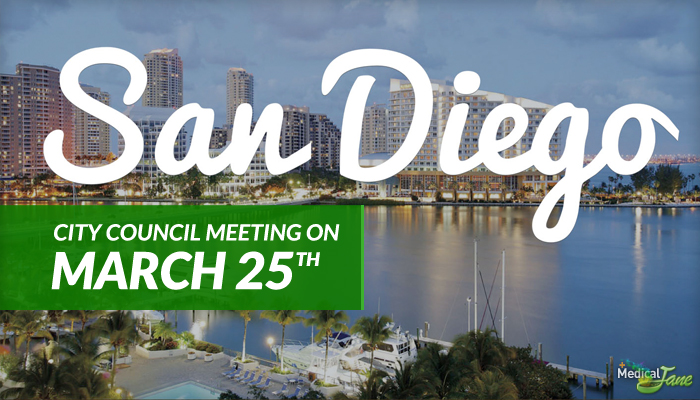 Mayor Bob Filner announced his final proposal is complete and ready for discussion in the City Council meeting tentatively scheduled for March 25th.

Local governments, police, and both district and state attorneys have treated the medical marijuana community in San Diego rather unfairly over the years. With no real representation, the community has been bullied by the feds with the assistance of local authorities.

Luckily, Mayor Filner is able to see through the ignorance of it all and is working to move forward with regulations to establish permanent safe access in San Diego. Yesterday, the Mayor’s office announced that Bob Filner had completed his proposal, and it was ready to be discussed in the March 25th City Council meeting. However, the full draft of the ordinance will not be publicly available until Wednesday, March 20th.

“The ordinance would impose an annual dispensary permit fee of $5000, and a two-percent excise tax on all sales.”

The ordinance aims to prevent dispensaries from encroaching on residential neighborhoods, protect public safety, protect children from non-prescribed use, and promote legal and responsible business practices among dispensary owners.

Medical marijuana patients will be required to register their physician recommendations with the California Department of Public Health’s central registry (Will be administered by the County Health Services). The ordinance would impose an annual dispensary permit fee of $5000, and a two-percent excise tax on all sales. It will also prohibit the siting and location of medical marijuana vending machines in San Diego.

There May Be A “More Urgent Issue” To Deal With First

According to Americans For Safe Access, the governors’ office has announced that there is a possibility that the ordinance may be pushed back to a later date “in light of a more urgent issue.” While we don’t know what could possibly be more urgent than this issue for the city, we should know with certainty by Wednesday, March 20th, if the hearing will be rescheduled.