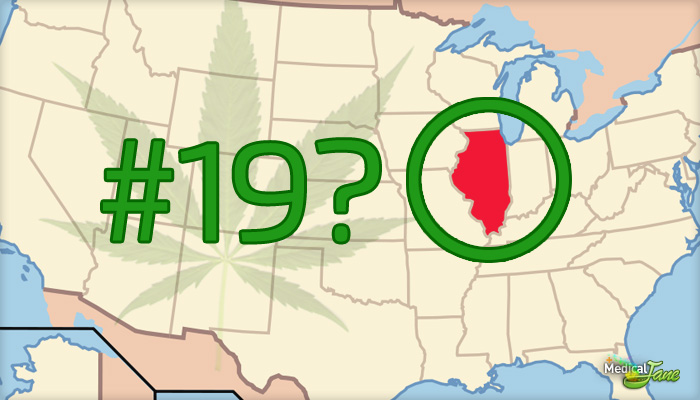 The Illinois Senate Executive Committee approved a bill on Wednesday that would allow patients with serious illnesses to treat themselves with medical marijuana if recommended by their physician.

The measure, House Bill 1, was approved in a 10-5 vote after being approved by the House of Representatives in April. The bill will be considered by the full 59-member Senate in the near future.

Patients who have been recommended medical marijuana would be allowed to purchase their cannabis from one of the 60 dispensaries that are expected to open. Twenty-two cultivation centers will be opened to provide all the dispensaries with their cannabis, and the Illinois Department of Agriculture, Department of Health, and Department of Financial & Professional Regulation will be regulating every step of the way.

“House Bill 1 Is NOT An Opening To Legalization”

According to the bills sponsoring Senator, Bill Haine (D-Alton), this will be some of the toughest legislation the nation has seen and promised the bill is “not an opening to legalization” of recreational marijuana. The bill has even been described by Rep. Lou Lang as “model legislation for the [rest of the] country.”

“Seriously ill people should not be subject to criminal sanctions for using marijuana if their medical professionals have told them that such is likely to be beneficial.”– Illinois Doctors Statement

Opponents of the bill include the Illinois Association of Chiefs of Police and the Illinois Sheriffs’ Association, who wrote a letter to the governor warning that the bill would create a “public safety nightmare.” They argue that safeguards should be more strict so that cardholders can be held accountable for driving with cannabis in their system.

Supporters counter that argument by pointing out that existing laws already prosecute anyone driving under the influence of cannabis.

The passage of the bill in the committee came one day after a group of nearly 250 Illinois physicians announced their support for allowing patients with serious illnesses to use medical marijuana if recommended by their doctor.

House Bill 1, if passed through the full senate, would make Illinois the 19th U.S. state to legalize medical marijuana.