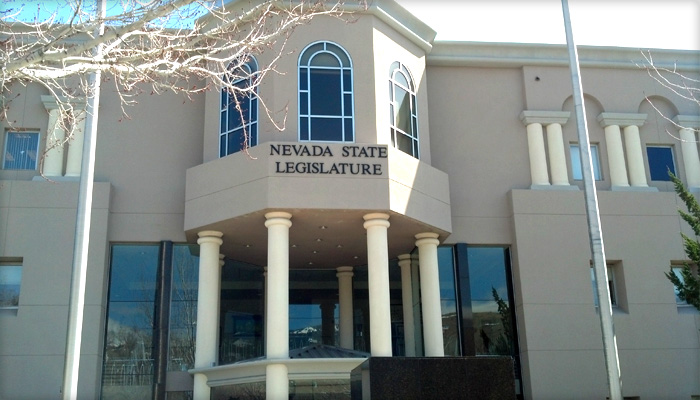 After thirteen long years, Nevada’s State legislature passed a bill that will establish a system of dispensaries in the state.

Currently, the state of Nevada provides immunity to qualifying patients from state and local prosecution for the production, delivery, or possession of marijuana. However, the existing law does nothing to specify the manner in which patients are to obtain the marijuana. This voter approved medical marijuana program was established in 2000.

Now, thirteen years later, Senate Bill 374 will provide for the “registration of medical marijuana establishments authorized to cultivate or dispense marijuana or manufacture edible marijuana products or marijuana-infused products for sale to persons authorized to engage in the medical use of marijuana.”

The bill’s sponsor,Sen. Tick Segerblom(D-Las Vegas), said he is optimistic about Sandoval signing the bill and was pleased to see the bill do so well in the Senate.

It is reported that Las Vegas could top out around 40 dispensaries, while Reno could have up to 10. The bill received a two-thirds vote in the state Senate last week and was approved by the Assembly on Monday.

The bill will now head to Gov. Brian Sandoval’s (R) desk, who has said previously that he will consider it if it makes it that far.

Senate Bill 374 will require background checks from every person who is employed by or volunteer at medical marijuana establishments. It also requires such establishments to be sited at least 1,000 feet from existing schools and at least 300 feet from certain existing community facilities.

The issuance of a medical marijuana establishment registration certificate will cost applicants an initial $30,000, plus a $5,000 nonrefundable application fee. Each applicant will be responsible for paying the state for the actual costs incurred by the Health Division of the Department of Health and Human Services in processing the application, including, without limitation, conducting background checks.

“[O]n and after April 1, 2016, self-cultivation, self-growing and self-production is prohibited unless the person engaging in such activity qualifies for one of the compassionate exceptions from the prohibition…” – Section 22 of SB374

In addition, the bill will also include an initial $3,000 fee for a cultivation facility registration certificate, and a $3,000 fee for an edible & marijuana-infused products facility license.

Section 1 of the bill will make it a crime, punishable as a category E felony, for a person to forge or attempt to forge a registry identification card; grow, harvest or process more than 12 marijuana plants, and makes a person liable for costs of cleanup and disposal of all operations.

Section 19.3 and 20 of this bill will require all dispensaries to employ independent testing laboratories to ensure that all products sold to the patients are tested for content, quality and potency.

Section 22 states that, “on and after April 1, 2016, self- cultivation, self-growing and self-production is prohibited unless the person engaging in such activity qualifies for one of the compassionate exceptions from the prohibition, including illness that precludes travel to a medical marijuana dispensary, and the lack of a medical marijuana dispensary within 25 miles of the person’s residence.”

If you live in Nevada and would like to write your legislators about this bill, or any others that you may be concerned with, visit the Nevada Legislature website’s “Bill Information and Opinion” page. Simply select “SB374” from the drop down or type it into the provided space and then leave any comments you might have. To find your elected officials and write them, visit NORML.