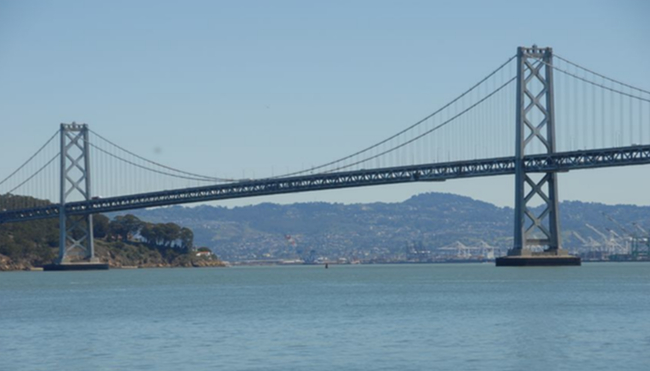 City Of Berkeley Fights Back Against Feds

The city of Berkeley, California, filed a federal court claim to block a federal forfeiture action against its largest and eldest dispensary Wednesday.

Last year, U.S. attorney for the Northern District of California, Melinda Haag, attempted to seize the Oakland and San Jose properties of Harborside Health Center. Haag targeted the dispensary’s landlord for asset forfeiture, an overworked bullying tactic used by the feds in their war on legal, state-sanctioned medical marijuana dispensaries.

This May, her office filed a similar action against a property leased by Berkeley Patients Group. The complaint stated that the dispensary was breaking federal laws by illegally selling cannabis as well as operating within 1,000 feet of two preschools.

A little over two months later, Berkeley City officials in the Drug Policy Alliance (DPA) have stepped in to fight back against the federal prosecution of the dispensaries.

“It is time for the federal government to wake up and stop these asset forfeiture actions.” – Berkeley Mayor Tom Bates

The claim filed earlier today on behalf of Berkeley states that the city will lose “substantial revenue” if Berkeley Patients Group is shut down. The resolution stated that the dispensary operators have, “contributed significantly to our community, providing good jobs and paying millions of dollars in taxes. They have improved the lives and assisted the end-of-life transitions of thousands of patients. They have been active supporters of dozens of Berkeley community organizations.”

The DPA contended that if the forfeiture were to go through, it would essentially undermine all the city’s previous efforts to regulate medical marijuana. The claim also asserts that shutting down a law-abiding dispensary who’s paid every cent owed in taxes since their establishment in 1999 would only be a step in the wrong direction for the city.

“It is time for the federal government to wake up and stop these asset forfeiture actions,” Berkeley Mayor Tom Bates said in a statement. “Berkeley Patients Group has complied with the rules and caused no problems in the city. The federal government should not use its scarce resources to harass local law-abiding businesses.”

The Berkeley claim came on the same day a federal judge granted the city of Oakland the ‘stay’ they requested in the forfeiture proceedings against Harborside in Oakland.

“The U.S. Attorney’s action harms patients, the community, and the City — and benefits no one. It is pure folly; sadly, it is also deeply destructive folly.” – Tamar Todd

U.S. Magistrate Judge Maria-Elena James had previously ruled that Oakland did not have legal grounds sue on behalf of Harborside, but Oakland appealed that ruling to the U.S. 9th Circuit Court of Appeals. As a result, James was asked by Cedric Chao, representing Oakland pro bono, to place the action against Harborside on hold while the appellate court ruled. She agreed to doing so earlier this afternoon.

By doing so, James said that Oakland has raised novel legal questions and has demonstrated that it has an interest in the action. “If this court’s analysis was incorrect, the court’s dismissal will have foreclosed Oakland from protecting its interests. Thus, at the heart of Oakland’s appeal is its right to access the federal court to assert its claims — a right of paramount importance,” wrote James.

Tamar Todd, Senior Staff Attorney at Drug Policy Alliance, commented in a press release: “Medical marijuana is legal under California law. The federal government, against the wishes of the community, is undermining Berkeley’s concerted efforts to control and regulate medical marijuana distribution within its borders. The U.S. Attorney’s action harms patients, the community, and the City — and benefits no one. It is pure folly; sadly, it is also deeply destructive folly.”