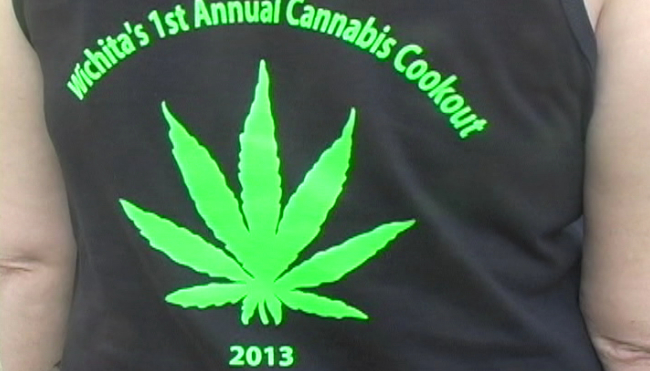 BBQ To Be Held Today By Kansas Pro-Pot Group

A pro-pot group by the name of “Fire It Up Kansas” is hosting a cookout this afternoon at Sedgwick County Park in Wichita, Kansas.

However, this BBQ is going to smell a little better than most. The group plans to light up cannabis legally this afternoon because they want state lawmakers to decriminalize cannabis.

While most pro-pot groups are pushing for medical marijuana legalization, “Fire It Up Kansas” believes that is not enough. “I’m tired of seeing people destroyed, seeing children grow up without parents, tired of being looked at as idiots,” Diana Golden, one of the organizers, told KSN. “We’re not out here robbing nobody. We’re not killing anybody. We work every day.”

“I’m tired of seeing people destroyed, seeing children grow up without parents, tired of being looked at as idiots.” – Diana Golden

They believe that if cannabis were taxed and regulated by federal and state governments it would eliminate the black market for pot and provide tax revenue for the state government.

“In more than 5,000 years of documented use, nobody has ever died from smoking pot or tending to hemp,” said Mike Golden. “But half a million people die every year in this country alone from alcohol or tobacco use…Prohibition of marijuana and hemp, all it does is support organized crime because it’s in the hands of a black market. Street gangs, drug cartels– that’s where the power is at. You take it away, and you make it a legalized, taxed and regulated industry out of a safe product, they lose their power.”

The “Cannabis Cookout” is scheduled to run from noon to 4 p.m. today at the Sedgwick County Park.