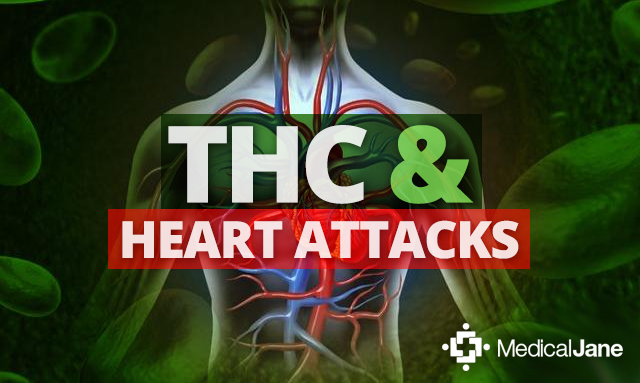 A recent study conducted by the Felsenstein Medical Research Center in Israel offered some new evidence of the medical value of Cannabis. The study, published in the Journal of Biochemical Pharmacology, was conducted to determine what effect small amounts of tetrahydrocannabinol (THC) has on heart protection. In order to do so, they conducted an experiment using mice as the subjects.

Researchers administered small amounts of THC (4 times less than the intoxicating amount) to mice before simulating a heart attack by restricting their blood flow.

The THC was administered on three different schedules in reference to the “heart attack”: 2 hours prior, 48 hours prior, and 3 weeks prior of continuous treatment.

In order to gauge the effect of THC in this study, researchers observed a number of common signs and/or residual effects of heart attacks. In each schedule of THC administration the study reported an improvement in each of the categories.

THC Has The Upper Hand On Cardiac Damage

Fractional Shortening is a ratio used to objectively rate the level of efficiency that a ventricle is working with. In observing this ratio, researchers found that THC treatment resulted in a 4.7% increase.

Troponin T is a regulatory protein found in cardiac muscle that leaks into the bloodstream in the case of cardiovascular damage. High volumes of it in the blood is often used to diagnose heart attacks. Researchers found that THC treatment reduced the amount of Troponin T by an average of 4 nano grams per milliliter.

The area of dead tissue caused by insufficient blood flow decreased by 6% after THC treatment.

In cases where blood is unable to reach a specific area, an infarction can form. This is an area in which the tissue dies, due to a process called necrosis. The researchers measured the size of these infarctions and found they decreased 6% after THC treatment.

Better heart health undoubtedly results in a longer lifespan. The study above suggests an ultra-low dose of THC can be beneficial in preparation for cardiac surgery. It could limit the damage incurred by the patient and possibly aid in the recovery.