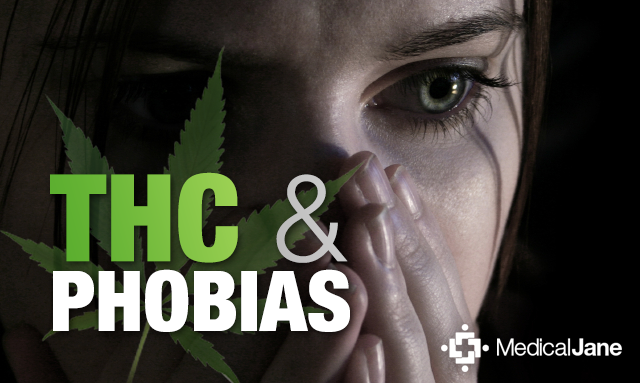 Synthetic THC May Help in the Treatment of Phobias

Phobias are “overwhelming and unreasonable fear[s] of an object or situation that poses little real danger but provokes anxiety and avoidance”. Living with phobias can be intrusive and draining. For example, someone who suffers from agoraphobia is unable to even leave their house without experiencing extreme and intense discomfort. Though the individual has an irrational fear of the outside world, at its origins, the phobia typically stems from a rational fear (i.e. rejection or failure).

When it comes to the treatment of anxiety disorders like phobias, one of the go-to options is exposure-based therapy.

For example, a person who has arachnophobia (an excessive, irrational fear of spiders) can be relieved of this fear by being “flooded” with everything that reminds them of spiders. The idea behind exposure-based therapy is that the individual will be afraid at first, but eventually the fear will fade away when they realize there is no rational basis for the overly intense fear response.

The flooding technique can certainly cause a memorable shock to the system, but it might not always be enough to completely eradicate the phobia. There have been cases in which a patient was thought to be cured of their phobia (meaning they no longer had any fear in response to the exposure), but still were afraid when they confronted it outside of therapy.

THC May Be Helpful In Phobia Treatment

A study published in the journal Neuropsychology by a team of researchers based at the University of Michigan in January 2013 describes the possible utility of dronabinol (synthetic THC) in the treatment of phobias.

Because of past success using tetrahydrocannabinol (THC) to help extinguish conditioned fear in animals, researchers believed it could have the same effect on humans.

They designed an experiment in which they would first used classical conditioning. Once the participants associated an actual fear (or unconditioned stimulus, e.g. spiders) with an unrelated (or conditioned) stimulus (e.g. ringing of a bell), they exhibited the same fear in both situations (e.g. when a spider appeared or a bell was rung).

The researchers then administered the treatment or placebo to each group 2 hours before the exposure-based therapy began. Once extinction occurred as a result of exposure-based therapy (meaning that participants showed no fear response), the flooding process was complete. 24 hours later, the researchers measured the participants’ skin conductance (which served as the measure of fear) and compared the groups.

Measurement of skin conductance is an effective way of measuring the biological aspects of fear that works by testing the amount of electricity that the skin conducts, which is determined by the amount of moisture caused by sweat gland secretion. Since the sweat glands are involuntarily controlled by the nervous system, this method is commonly used to explore patients’ level of emotional arousal – in this case, fear.

According to the study, the THC group expressed lower levels of skin conductance than the placebo group. This suggests that THC may have helped break the association; the researchers claimed it may have prevented the recovery of conditioned fear.

The sample size of this particular study was quite small (only 29 participants). In order for results like these to be accepted as reasonable evidence in scientific circles, much larger sample sizes in future studies will be necessary. Additionally, the researchers noted that participants in the study were new cannabis users, and that effects may be different in long-term users. Nonetheless, the discovery could be a promising one, given the debilitating nature of phobias and the highly favorable safety profile of many cannabinoid therapies. Further research will help to determine whether or not THC proves to be a useful additional tool in phobia treatment.