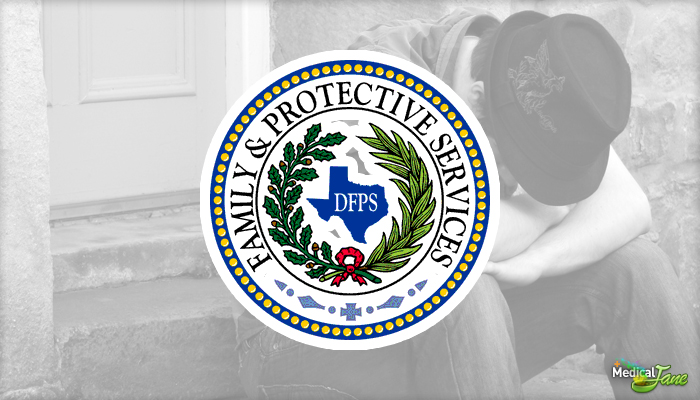 The foster mother of 2-year-old Alexandria Hill was recently charged with murder after passing away in the hospital last week from a serious head injury.

54-year-old Sherill Small took custody of little Alexandria in January after the Texas Department of Family & Protective Services (DFPS) took her away from her prior foster parents that were determined to be neglecting her.

Joshua Hill, Alexandria’s biological father, said that she was taken from her mother last November because the DFPS accused the parents of “neglectful supervision.” Alexandria was taken by the agency because Mr. hill admitted one time to “smoking marijuana in the house when his daughter was upstairs sleeping,” he told KVUE.

Alexandria’s mother was deemed incapable of caring for her child on her own because she suffered from seizures and a doctor determined, “she is not allowed to drive or be alone with Alexandria.” Alex was not allowed to live with her paternal grandfather either because the state determined that he was a registered sexual offender for an offense that happened over 20 years prior; therefore, her only choice was foster care.

“We never hurt our daughter… She was never sick, she was never in the hospital, and she never had any issues until she went into state care.” – Joshua Hill

“We never hurt our daughter,” said Joshua. According to Mr. Hill, the couple only smoked cannabis while their daughter was asleep upstairs. “She was never sick, she was never in the hospital, and she never had any issues until she went into state care.”

Mr. Hill told KVUE last week that it was only when his daughter was taken from them, did things go wrong. “She would come to visitation with bruises on her, and mold and mildew in her bag. It got to a point where I actually told Child Protective Services that they would have to have me arrested because I wouldn’t let her go back,” he explained.

Joshua received a call last Monday night informing him that his daughter was on life support at the children’s emergency hospital in Temple, TX. “They wouldn’t tell me what condition she was in or what was wrong or what had happened. The only thing they would tell me is I needed to be there. When I got there, I found out that Alex was in a coma,” said Mr. Hill.

The story from the foster mom, Sherill Small was jumbled and changed multiple times after Alexandria was admitted to the hospital. After a physical examination of Alex’s head, doctors found three symptoms of traumatic brain injury.

Last Wednesday, Mr. and Mrs. Hill made the unfortunate decision to take Alexandria off life support after Small admitted to investigators that she was, “frustrated with the girl and swinging her over her head and down near the ground with a ‘lot of force’ three times. On the third time, Alexandria’s head hit the floor.” An autopsy of the girl’s head confirmed the story.

The 54-year-old foster mother is now in the Milam County Jail and has been charged with first-degree homicide. The family held a funeral for Alexandria on Monday in Pflugerville.

The Smalls had another foster child who was removed from the house last Monday.

The issue at hand regarding the murder of Alexandria Hill extends beyond the fact that Alex was removed from her biological parents custody because they admitted to smoking cannabis. There are serious fundamental problems that need to be addressed here. Foremost, the way the adoption agencies and Child Protection Services operate in this country is cruel and inhumane.

In this case, the adoption agency that placed Alex, Texas Mentor, pays its foster families upwards of $600 a month to take children into care. Although the DFPS claims to attempt to weed the money hungry applicants out, police reported that Mrs. Small said she wanted to foster more children to earn extra income. Police reported that neither Small nor her husband had jobs, but were instead planning to foster between five and six children as a source of income.

As if that weren’t enough to make you sick to your stomach, a spokesperson for the Texas DFPS even told KXAN News that Small had previously been accused of neglect after a child in her care was reportedly suffering from bruising and lead poisoning; though no deficiencies were found.

Despite all this, CPS decided that putting the child in the hands of these sick minded people would be better for Alexandria than growing up with her biological parents, simply because they smoke cannabis.

A similar story came from a family in southern California that had their children taken away from them for nearly a year in a similar circumstance where the father admitted to legally smoking medical marijuana.

I can’t help but wonder if these children would’ve been taken from her home if the parents had been drunks?