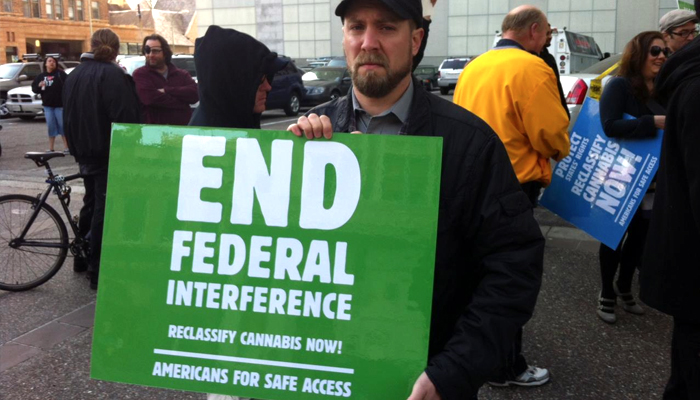 Lawmakers in California have reacted to the directives in the recent Department of Justice memorandum. In an attempt to answer the call for effective medical cannabis regulation, two identical bills were introduced this week: AB 604 and SB 69.

“Because both bills are the same, only one of them needs to pass in order to become law.” — CA NORML

The first bill to surface, AB 604, was introduced by Assembly-member Tom Ammiano (D-San Francisco). He is the Chair of Assembly Public Safety Committee and introduced his bill, which was co-authored by Senate President Darrell Steinberg (D-Sacramento), to legislators on September 9th.

Even though he co-authored AB 604, Sen. Steinberg introduced his own version, SB 69, the following day. Despite the name change, the bills are virtually identical.

In addition to the Department of Justice memorandum, Tuesday’s Senate Judiciary Committee Hearings relayed the importance of cannabis regulation at the state level. According to the federal government, they will be “disinclined” to prosecute patients and caregivers who are compliant with state laws.

“AB 604 would regulate marijuana in a manner similar to that already successfully done in Colorado, Maine, Massachusetts, and other states that have been spared federal raids.”— CA NORML

The catch, however, is that states must have “robust” and “effective” regulations in place to protect the priorities of the federal government (see senate hearings). Needless to say, California does not have the regulations in place to satisfy that requirement. Legislators have seemed to jump at the opportunity to protect law-abiding Californians from unwarranted harassment.

The California chapter of NORML assures that the AB 604 would not impose any new taxes on patients or limit their Prop. 215 rights. Instead, the bill would call for collectives and other businesses “engaged in the commercial production and sale of marijuana” to register with the California Alcohol Beverages Commission.

Legislators hope that the bills will do more than simply deter federal raids. The regulations would include a number of considerations that would benefit the environment and individual patients. AB 604 stands to require security, environmental safeguards, lab testing and product labeling.

The support for AB 604 has been fairly widespread among California cannabis activists. The California chapter of NORML announced their support for the bill in this release.

The Drug Policy Alliance, which has worked on regulating marijuana in a number of states, even consulted with legislators on the recently introduced bills. They published a press release in which they announced their support for AB 604 and SB 69.

According to Tamar Todd, DPA’s Senior Staff Attorney, “this new law will benefit everyone. State law will be clarified for law enforcement, providers will be protected through registration with the state, patients will have access to safe medicine, localities will no longer be burdened with regulating, and the federal government’s concerns will be satisfied.”