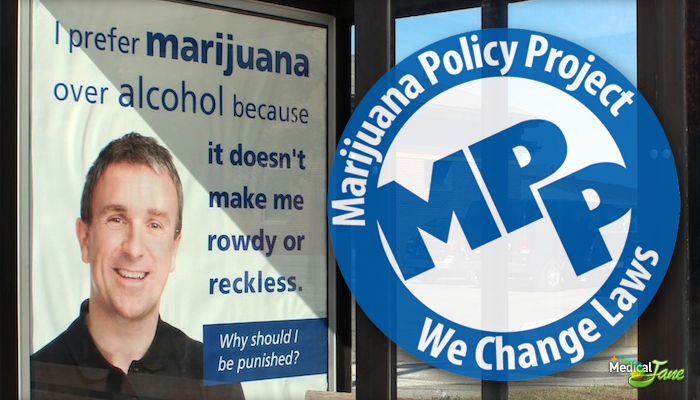 The MPP Purchased Advertising In Support Of Question 1

The Marijuana Policy Project (MPP)announced a new ad campaign in a press release this week. Similar to the billboard that the organization placed outside of the Denver Broncos stadium a few weeks ago, the advertisements will focus on cannabis as a safer alternative to alcohol. This time, however, the ads will be placed on the sides of buses and bus shelters in Portland, ME.

The Portland Bus Ads are intended to raise awareness for Question 1 – “the ballot initiative to remove penalties for adult marijuana possession in Portland.” The initiative will appear on the November 5th ballot in Portland and would allow those over the age of 21 to possess up to 2.5 ounces of cannabis. Mind you, the distribution of marijuana will still be illegal. Nonetheless, the ad campaign certainly stands to make waves in Maine.

Cannabis As A Safer Alternative To Alcohol

The Portland Bus Ad campaign is the most recent example of the Marijuana Policy Project’s appeal to the mainstream. As you can see on their website, the ads feature everyday people explaining why they choose cannabis over alcohol. For instance, one ad reads: “I prefer marijuana over alcohol because it’s less harmful to my body.”

“Why should adults be punished for making the safer choice?”– David Boyer, Marijuana Policy Project

There will be a slight variation in the reasons listed on each individual ad, but they all have the same message . The Marijuana Policy Project hopes to reinforce the idea that cannabis is a safer alternative to alcohol. Another commonality each of the ads will share is a question they pose to anyone to reads them. Every Portland bus ad features the question, “Why should I be punished?”

In the press release, MPP Maine Political Director David Boyer offered insight into the ad campaign’s driving force. “Millions of adults choose to use marijuana for the same reasons other adults use alcohol, often to relax or socialize with friends,” he said. “Marijuana is less toxic, less harmful to the body, and less likely to contribute to acts of violence.”

The Marijuana Policy Project hopes that their new ad campaign will generate a great deal of attention for Portland’s ballot initiative in November. As Boyer put it, “Why should adults be punished for making the safer choice? We hope voters will ask themselves this question when they see Question 1 on this year’s ballot.”