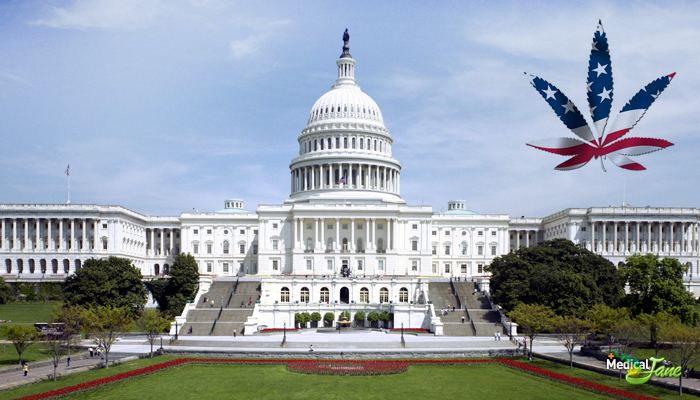 D.C. Council Members Signed On In Support Of Decriminalization

According to The Washington Post, 10 of 13 Washington D.C. council members signed a bill Thursday to decriminalize the possession of up to an ounce of cannabis within the city limits. The bill was proposed by council member Tommy Wells (D-Ward 6) earlier this year and calls for fines no larger than $100. “Less than one ounce would not be a crime,” Wells explained. “That would no longer mean a drug-arrest record.”

“Less than one ounce would not be a crime… That would no longer mean a drug-arrest record.”– Tommy Wells

Furthermore, Wells and the office of the attorney general said they could be able to come to an agreement on fines as low as $25.

The move comes as the result of a two-part public hearing arranged by Wells and Marion Berry (D-Ward 8), at which council members heard testimony in regards to The Simple Possession of Small Quantities of Marijuana Decriminalization Act of 2013. NORML, among other organizations, spoke in favor other the bill, and Mayor Vincent C. Gray (D)said he supports it.

A likely explanation for this is the results of two recent polls that placed D.C. among the worst for racial disparity in regards to marijuana arrests. One by the Washington Lawyers’ Committee for Civil Rights and Urban Affairs in particular found that 9 out of every 10 people arrested for simple drug possession in the District are black.