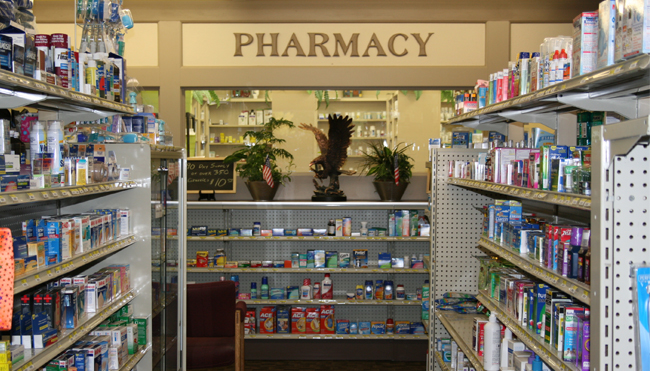 Michigan’s Senate Government Operations Committee advanced Senate Bill 660 with a 3-0 vote Tuesday. The proposed measure would allow regulated “pharmaceutical-grade” cannabis to be sold in licensed pharmacies throughout the state. It should be noted that the bill, even if passed, would rely on the reclassification of cannabis to a Schedule II drug under the Control Substances Act.

The measure, which was introduced by Senator Roger Kahn (R-Saginaw) and co-sponsored by Senate Majority Leader Randy Richardville (R-Monroe), seeks to “provide for the licensure and regulation of facilities to grow and test pharmaceutical-grade pot, and allow those facilities to sell the drug to pharmacies to dispense,” according to the Detroit Free Press.

“Marijuana, if it’s to be medical marijuana, should be held to the standard of medical safety and dosage predictability.”– Sen. Roger Kahn

Additionally, the bill would create an entirely new, independent registry for pharmaceutical-grade cannabis, and patients would need a certificate from their doctor.

In turn, they would be permitted to acquire up to two ounces of medical marijuana from their local pharmacy each month. These patients, once registered, would no longer be permitted to grow their own cannabis however.

Because of this, opponents of Senate Bill 660 contend that it will be a direct challenge to state’s already-established medical marijuana system. However, Sen. Kahn explained that patients and caregivers who still wish to grow their own will be permitted to do so. Nonetheless, he does not believe that would be a wise decision for individuals to make.

“Marijuana, if it’s to be medical marijuana, should be held to the standard of medical safety and dosage predictability,” Sen. Kahn said.

Furthermore, Sen. Kahn went on to to say it would be in patients’ best interest to pursue pharmaceutical-grade cannabis as a means of safe access, citing health concerns tied to molds and pesticides. Sen. Richardville echoed this concern, when he discussed the current state of medical marijuana in Michigan.

“The voters decided that medical marijuana was a good thing for the state of Michigan, but unfortunately, very few parameters were put around that,” he said. “For me, it’s about the illegitimate use and the potential for not only a bad product, but it also getting into the hands of people who are underage.”

Under the proposed pharmaceutical-grade cannabis system, the Michigan Department of Community Health would be tasked with the licensing, registration, and inspection of facilities growing medical marijuana. Further, one would have to obtain a license from the Michigan Board of Pharmacy in order to manufacture, distribute, prescribe or dispense cannabis. The same process pertains to Schedule II controlled substances like OxyContin and Percoset.

“This product was marketed to the public as medical; let’s make it medical.” – Chuck Perricone

Former Republican Speaker of the House Chuck Perricone, who now represents Prairie Plant Systems – a licensed cannabis manufacturer in Canada – was among those present Tuesday. In turn, he expressed a belief that the creation of pharmaceutical-grade cannabis would benefit the state of Michigan.

“This product was marketed to the public as medical; let’s make it medical,” Perricone said. “The market for this is virtually untapped. The potential for the product is tremendous.”

Regardless, some legislators are weary to pass legislation that relies on federal approval. In fact, Senate Minority Leader Gretchen Whitmer (D-East Lansing) decided not to vote on the bill, which will likely be put to a full-Senate vote by the end of the week.

“It’s an unusual step for the Legislature to act in case something that may or may not happen in the federal government,” Sen. Whitmer said. “The attorney general’s discretion is something very different from congressional approval.”