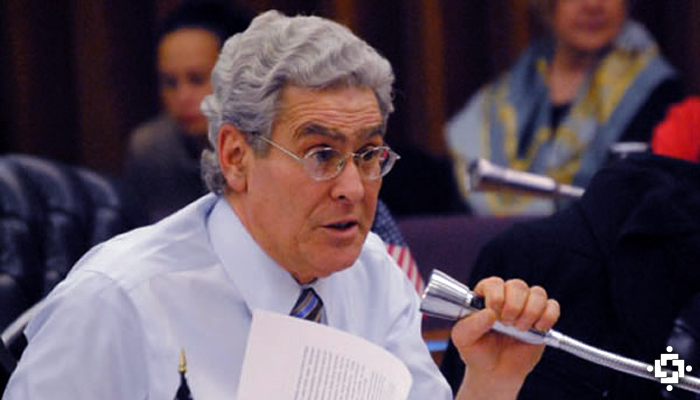 NEW YORK — Despite casting a vote against medical marijuana in 2012, New York Assemblyman Steve Katz (R) could invest as much as $10 million in the cannabis industry over the next few years. He joined The Arcview investor network, which funds start-up businesses in the cannabis sector, earlier this month.

After being found in possession of cannabis in May, Katz received criticism for his 2012 decision to vote against medical marijuana in New York. He was labeled a hypocrite, but contends he believed that he was voting on behalf of his constituents.

“The day after that I told my wife, ‘Next year, I really don’t care. I’m voting for medical marijuana because that’s what I believe in and I’m not comfortable with what happened,’” Katz told Smell the Truth. True to his word, he reversed his vote in 2013.

Despite his minor possession charge being thrown out, Katz describes his run-in with the law as an epiphany.

As he explained, the incident “didn’t change anything other than make me decide that I was going to not only be a champion for medical marijuana, and for its total legalization… I was going to become part of the wave that’s building in the industry itself.”

Katz Plans To Fund Ancillary Businesses Through The ArcView Group

Apparently, Katz believes that joining Arcview investor network may be the best way for him to do just that. The ArcView Group connects accredited investors with promising start-ups in the cannabis industry. They hold meetings every few months that enable entrepreneurs to pitch the investors for funding, often in exchange for company equity.

The ArcView Group typically invests in ancillary businesses that don’t handle tasks like production and processing. Katz has expressed a similar interest, detailing plans to fund companies that focus on software, security, and distribution.

“For me, entering this industry at this time is a dream come true from a child of the sixties all grown up,” he said.

According to Troy Dayton, ArcView CEO, Katz is not the only surprising candidate to join the ranks of the ArcView investor network. “In the last few months numerous very prominent and seemingly unlikely investors have joined our investor group,” he explained.