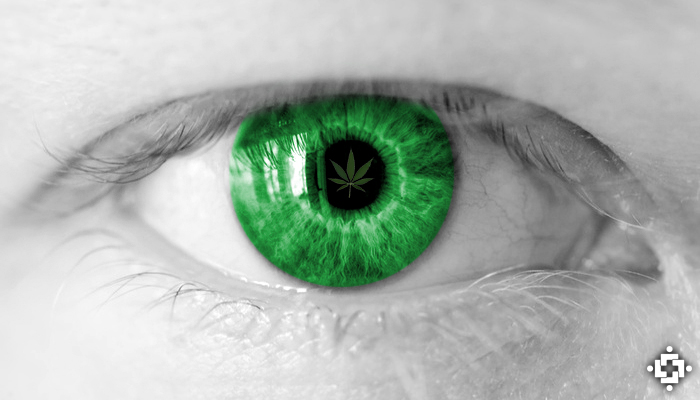 For years medical marijuana has been used to help treat certain conditions that can cause vision loss. The most common example of this is glaucoma, but it is not the only condition for which cannabis may be beneficial.

In fact, a group of researchers from Spain’s University of Alicante published a study earlier this month in the journal Experimental Eye Researchthat supports this claim. It suggests that cannabinoids may help slow vision loss in the case of retinitis pigmentosa.

Inherited from birth, retinitis pigmentosa is a condition that currently affects an estimated 100,000 people in the US. It causes photoreceptors in the retina to die over time, resulting in severe vision and blindness if left untreated. No cure exists for the disease, but vitamin A regiments have proven beneficial, postponing blindness by up to 10 years in some patients

“Rats treated with the THC-like structure also had 40% more photoreceptors, which play a major role in passing information about visual stimuli to the brain.”

With that said, the University of Alicante research team investigated what effects were to be had from cannabinoid treatments. Using rats as models, they were able to inhibit vision loss with a synthetic form of tetrahydrocannabinol (THC).

The treatment group, which received 100 mg/kg of the synthetic cannabinoid each day, performed significantly better on visual tasks when compared to the group that did not receive treatment.

This makes sense considering rats treated with the THC-like structure also had 40% more photoreceptors, which play a major role in passing information about visual stimuli to the brain.

More research will be necessary to determine the mechanisms at play, but Dr. Nicolás Cuenca, the study’s lead author, is optimistic about what lies ahead. “These data suggest that cannabinoids are potentially useful to delay retinal degeneration in retinitis pigmentosa,” he explains.