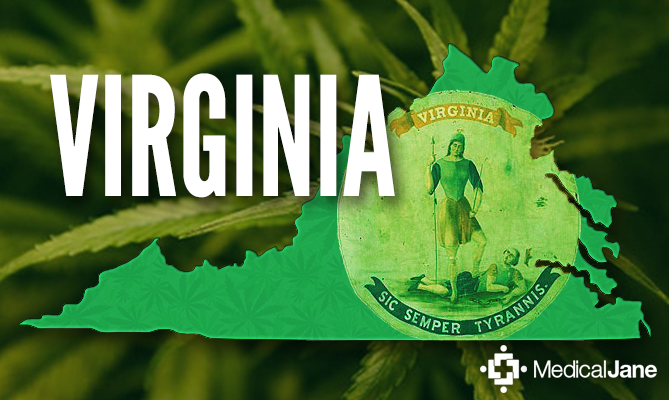 Those who were polled showed great support for decriminalization in the state, while even more supported legalizing cannabis for medicinal use. However, as far as cannabis being regulated like alcohol, the results were nearly split even. As the Virginia General Assembly will debate cannabis-related laws within the state this year, the data from polls like this one are crucial to forecasting where Virginia’s cannabis policies may end up in the near future.

Marijuana Policy Project’s recent poll was conducted between January 2 and January 4, polling a total of 884 registered Virginia voters. Throughout the poll, a variety of questions were asked in regards to cannabis policies.

Three out of five (60%) of voters that were polled supported the idea of removing criminal penalties for simple possessions of cannabis, and instead establish possession as a civil offense that results solely with a $100 fine with no incarceration time. 32% of those polled were opposed to decriminalization. Currently under Virginia law, those found possessing small amounts of cannabis could be sentenced up to 30 days in jail with a fine of up to $500. However, the results of the polling may be an indication that Virginia voters are ready for that policy to change.

“Most voters do not support laws that saddle people with criminal penalties just for possessing a small amount of marijuana,” stated Rachelle Yeung, a legislative analyst for MPP. “These antiquated prohibition laws are causing far more problems than they solve.”

Another piece of cannabis policy that voters in Virginia may be even more ready to change is medical legalization for patients in need. Nearly 3 out of 4 (74%) Virginia voters showed support for allowing severely and terminally ill patients to obtain medicinal cannabis with a doctor’s recommendation. Those that opposed were 21% of respondents, indicating a major shift in attitudes towards using cannabis as medicine in the state of Virginia for limited ailments. In addition to this data, 64% of respondents claimed they would be more likely to vote for their state legislator in the next election if he/she supported legalizing cannabis for medicinal use in the state of Virginia.

“Virginia’s current practice of criminalizing sick people for using medical marijuana is incredibly unpopular,” Yeung explained. “State lawmakers would be wise to listen to their constituents and adopt a state-regulated medical marijuana program. Seriously ill people should be allowed to access medical marijuana without fear of being arrested and punished.”

In contrast, the recent poll has shown that one piece of cannabis policy reform has not become as supported of a topic amongst Virginia voters – the regulation and taxation of cannabis similarly to alcohol. Out of those surveyed, 49% supported the idea of making cannabis legal for those aged 21 and above, while those opposed to recreational legalization came close at 44%. Although there is a little more support according to the data, the results still indicate that Virginia may not be ready for recreational legalization just yet. However, this does not mean support won’t continue to expand in the future.

“Virginians are fed up with failed marijuana prohibition policies,” Yeung said. “As more voters come to recognize marijuana is safer than alcohol, support for treating it that way will continue to grow.”