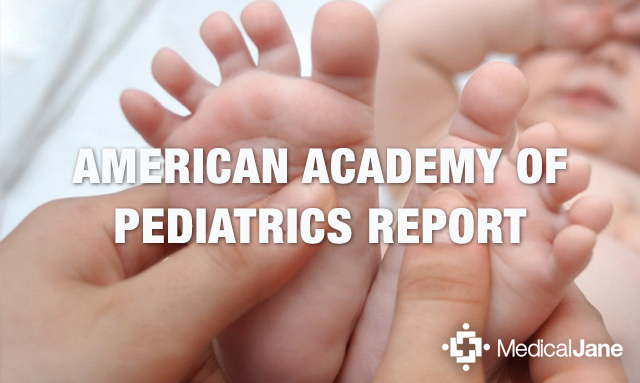 CHICAGO, IL – The American Academy of Pediatrics (AAP) has released a policy statement and technical report this week that recommends the decriminalization of cannabis, along with removing the Schedule I classification that cannabis is currently under (alongside drugs such as heroin, LSD, and ecstasy).

On January 26, the AAP updated its stance on The Impact of Marijuana Policies on Youth, which was originally published in 2004. As pediatricians have expertise in the care of children and adolescents, many of these health care professionals may be looked upon by parents for advice on whether or not to support state-level legislation regarding cannabis.

Within the statement and report, AAP recommends that cannabis should be decriminalized, which would reduce penalties for cannabis possession or related offenses that would normally result in criminal charges. Instead, AAP supports more lenient criminal charges, or to change them to civil penalties/fines.

In addition to decriminalization, AAP has suggested to lift the Schedule I classification from cannabis in order to allow further research on the cannabinoids of the plant, which have already been shown to have plenty of benefits. However, with only limited research conducted on adults, and no published studies involving children, AAP wants to push for the further study of cannabinoids since the limited research to date does show certain cannabinoids can help with certain conditions in adults. However, much more research is tremendously needed.

“While cannabinoids may have potential as a therapy for a number of medical conditions, dispensing marijuana raises concerns regarding purity, dosing and formulation…. all of which are of heightened importance in children,” stated William P. Adelman, MD, FAAP, who is a member of the AAP Committee on Adolescence and an author of the policy statement. He continues by saying, “We need further research to determine the efficacy and correct dosing for cannabinoids, and we need to formulate cannabinoids safely as we do for any other medication.”

Within the report, AAP specifically recommends the following:

“It is true we do not yet have data documenting changes to child health in response to the legalization of marijuana in Washington and Colorado, though there have been some reports of child ingestion and injuries,” said Sharon Levy, MD, FAAP, who is the chair of the AAP Committee on Substance Abuse. “It took several generations, millions of lives and billions of dollars to establish the harms of tobacco use on health, even though these harms are overwhelming. We should not consider marijuana ‘innocent until proven guilty,’ given what we already know about the harms to adolescents.”

However, AAP’s new policy statement regarding the desperate need for more research and the rescheduling of cannabis has many saying that this is a step in the right direction. Dr. Seth Ammerman, the policy’s lead author and professor of pediatrics and adolescent medicine at Stanford University, stated that their recommendations “could help make a big difference in promoting more cannabis research.”