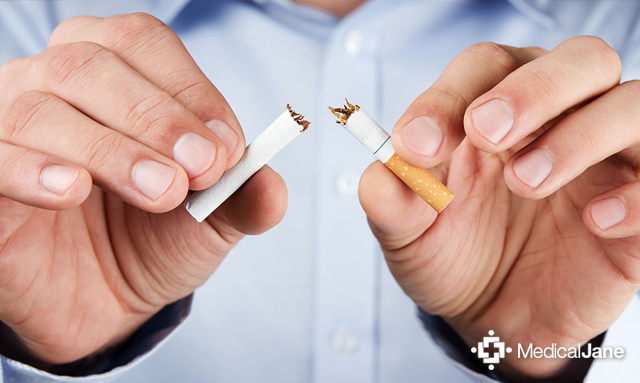 In this letter to the editor/review published in Addiction in November 2015, the authors briefly discuss the available evidence suggesting that vaporizing cannabis, as opposed to smoking it, may reduce the chances that cannabis users will develop a tobacco/nicotine dependence. They also call for increased research into this safer deliver method, commonly known as “vaping.”

Given the current available and reliable evidence, one of the most harmful aspects of cannabis use is the inhalation of burnt plant material, rather than harm caused directly by cannabis itself. Vaporization of cannabis results from heating the cannabis plant/concentrate between approximately 250°F and 400°F, with different cannabinoids being released at varying temperature ranges within that interval. When cannabis is smoked, it is lit on fire, resulting in combustion/burning, at which point the flower/oil reaches approximately 800°F or higher.

When cannabis is burned, it releases cancer-causing compounds like benzene and can lead to tar deposit in the airways. Vaporization can help to reduce these harms by preventing the need for burning while still maintaining the opportunity to maintain quick symptomatic relief using inhalation as the method of delivery.

Based on the following data, the authors argue that (1) another particularly harmful result of cannabis use is nicotine/tobacco dependence caused by the common mixing of cannabis with tobacco in cannabis cigarettes (another harm caused by a co-occurring situation, rather than the cannabis plant itself) and (2) vaporization may be able to reduce future nicotine dependence in cannabis users.

Tobacco dependence is a difficult experience to overcome as a result of nicotine’s strong addictive potential, and it often leads to significant health dangers, especially in populations whose health is already compromised. It is much easier to reduce rates of dependence by preventing addiction before it happens, rather than treating it once it has occurred. For this reason, finding and promoting safe routes of administration (ROAs)/delivery methods/consumption methods for medical cannabis users with the help of large, high-quality clinical trials is essential.

With the increasing acceptance of medical cannabis as a viable therapy for certain conditions, reducing the risk of nicotine/tobacco dependence development in medical users will be a significant priority. For more information on vaporizing marijuana, please click here.

1. Hindocha C., Freeman T. P., Ferris J. A., Lynskey M. T., Winstock A. R. No smoke without tobacco? A global overview of cannabis and tobacco routes of administration and their association with intention to quit.