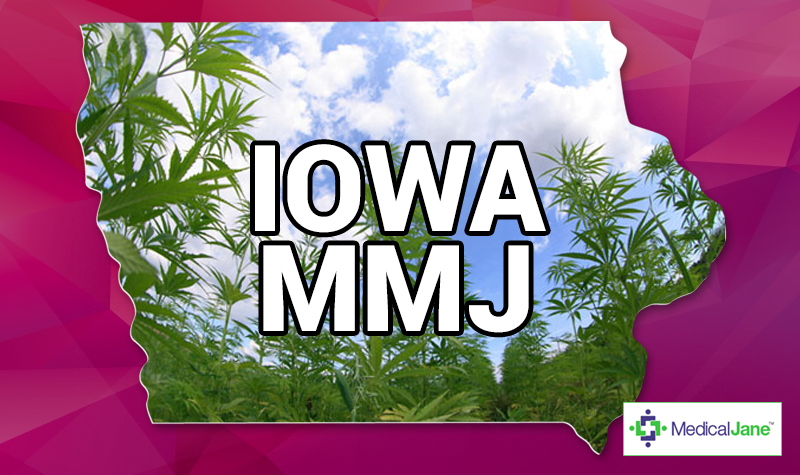 DES MOINES, IA — Lawmakers in Iowa have filed multiple proposals that would establish a more comprehensive statewide medical marijuana program than the limited CBD-only law currently on the books.

The bills, while not perfect, would provide some improvement to the state’s existing CBD-only medical marijuana law, which only applies to patients suffering from intractable epilepsy. Not only is the current law extremely limited, but it also fails to provide an in-state supply source for CBD derived medications.

Senate File 205, which is sponsored by over a dozen lawmakers, would completely rewrite the existing law authorizing cannabidiol, replacing the term “cannabidiol” with “medical cannabis” in the law.

Of the multiple medical marijuana bills filed in Iowa this year, SF 205 is the only measure that includes post-traumatic stress disorder (PTSD) as a qualifying medical condition. Other qualifying conditions include cancer, multiple sclerosis, epilepsy, HIV/AIDS, glaucoma, hepatitis C, Crohn’s disease or ulcerative colitis, amyotrophic lateral sclerosis (ALS), Ehlers-danlos syndrome, and any severe chronic pain that does not respond to “conventional treatment” [or in cases where treatment for pain causes severe side effects].

Twelve medical marijuana dispensaries would be authorized statewide as long as they are operational and serving patients by July 1, 2018.

Furthermore, the bill allows limited reciprocity for medical marijuana cardholders from other states, giving MMJ patients some protection while visiting the state; however, patients would not be allowed to purchase cannabis from an Iowa dispensary.

The bill strictly prohibits patients from smoking cannabis, although it is unclear how this limitation would be enforced by authorities.

House File 199, sponsored by over 30 lawmakers, would reclassify marijuana in the state from a Schedule I to a Schedule II substance. The bill would allow patients suffering from certain ailments to qualify for medical marijuana.

Those conditions would initially be limited to cancer, multiple sclerosis, epilepsy or severe seizure disorders, HIV/AIDS, Crohn’s disease or ulcerative colitis, amyotrophic lateral sclerosis (ALS), intractable pain, glaucoma, or any terminal illness with a life expectancy of less than one year. The Department of Health would have the authority to add additional conditions as the program matures.

The four dispensaries, or “medical cannabis patient centers” as they are referred to in the bill, would be required to be located “based on geographical need throughout the state” in an effort to ensure patient access. Furthermore, Iowa dispensaries would be required to employ a pharmacist, as well as maintain a “reliable and ongoing supply” of medical marijuana.

Furthermore, the bill allows limited reciprocity for medical marijuana cardholders from other states, giving MMJ patients some protection while visiting the state; however, patients would not be allowed to purchase cannabis from an Iowa dispensary.

House File 198 is more limited that House File 199, with qualifying conditions for medical marijuana being limited to patients suffering from cancer, glaucoma, multiple sclerosis, epilepsy, HIV/AIDS, and/or spinal cord damage with intractable spasticity, although the Department of Health could approve additional conditions later.

Additionally, HF 198 does not establish a timeline for the implementation of the program or the number of dispensaries and cultivation facilities. Instead, it would require a Medical Cannabis Advisory Council to be established by August 15, 2017, who would then make recommendations to the Department of Health. The Department of Health would have until October 1, 2017, to create the rules and regulations for the new medical marijuana program.