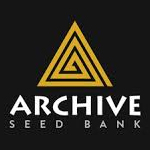 Originally conceived in 2006, “The Archive” was Docta’s attempt to establish a long term goal at heirloom, verified original cannabis clones and seed lines. He thought they could be preserved via distribution of genetics to closed groups of talented breeders and growers so as to preserve these historic lines through verifiable grows and networks.

Clones and seed selections were distributed all across the nation, from SoCal, to the NW, Hawaii, East Coast Colorado, the South East, and in every corner of the country. These heirloom genetics were consciously distributed to trusted friends that would uphold the tradition of genetic preservation through verifiable genetic material and strong relations, Archive shows respect to those who risked their freedom in the 80’s and 90’s preserving and growing these insanely dank heirloom specimens that has allowed us to provide them to the public today.

Docta helped contribute to the documentation of 3 strains in the original Canna Bible series and has charitably donated a large portion of his extensive genetic library of clone only strains to be used in original formation of Rare Dankness seeds.

Through his extensive network of old school grower friends he was able to compile and collect 100’s of “clone only”, extremely rare varieties from across the USA. After non stop 11 years of constant seed growing and clone only comparative analysis and exhaustive

verification of authenticity, ThaDocta decided to finally make some of his breeding and rare genetics made available to growers across the planet and not just to those that know about the underground Archive.

MJ Seeds Canada
MJ Seeds Canada offer high quality marijuana seeds for sale at affordable prices. The company is located in Vancouver, Canada and they specialize in mail order of their seeds. They have regulars, feminized, autoflowering, and medical cannabis seeds and offer worldwide shipping. 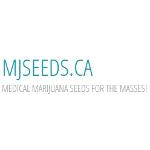