Ladybud Magazine launched on April 2, 2013 to much excitement. Today, Ladybud.com is the #1 women’s lifestyle publication with a focus on activism specific to Drug War reform and other socially progressive issues.

Ladybud Magazine fills a void in both mainstream and drug policy reform media. Traditional marijuana media focuses on young men and features content about cultivation and party culture. While Ladybud respects these roots, the publication is doing something very different.

Its writers are mostly women in their 20s-60s who cover a wide variety of topics: marijuana activism, culture, beauty, sex and food. They identify as the average modern woman who also believes the Drug War is one of the greatest social and civil rights issues facing our nation and the world today.

Ladybud believes we have the ability to shape opinion on major issues by creating content that does not fall into the trap of the journalistic illusion of “non-bias.” By explicitly presenting content from credible sources with an activist purpose and function, they create responsible dialogue surrounding critical issues. 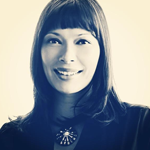 Diane Fornbacher
Founder
Recipient of the NORML Pauline Sabin Award (2012) for contributing nearly 20 years of activism to NORML and many other grassroots and national drug policy reform organizations, Diane Fornbacher has shared her skills as a speaker, fundraiser, writer and personality to help in securing a healthier and freer future for our species; to expand and advocate for fundamental freedoms to medicate or consume cannabis, and to bring a more holistic approach to our environment through industrial hemp advocacy. Diane’s work has appeared on Philadelphia Weekly, San Francisco Gate, Good Morning America, The TODAY Show, Huffington Post, The Globe and Mail … 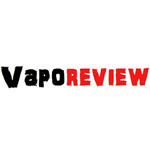 Vaporeview Blog
Vaporeview is a independent Vaporizer News and Review Blog. The reviews are written in simple english and are easy to understand, even if you’re not familiar with the vaporizer market, yet. Vaporeview is trying to help people to find the right unit for their personal preferences, whether it’s a portable device or a home-unit, you’re looking for. Vaporeview also aims to warn the public about possible health risks. 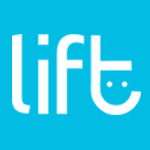 Lift
Vancouver, Canada
Lift makes exploring, purchasing, and consuming high quality medical cannabis easier for Canadians. Read reviews about strains and the companies that produce them to find the one that your health deserves. 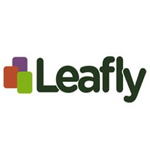 Leafly
Seattle, Washington
Leafly got its start in June 2010. It is a Seattle-based company that started out by building a strain database to help patients choose the right medicine for their needs. After being acquired by Privateer Holdings, Leafly expanded their services to include a dispensary locator and apps for android and iOS. More recently, their website has added a news/blog section.