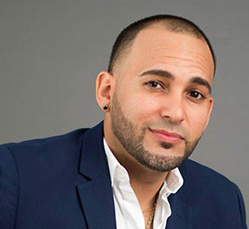 Jose is a decorated United States Army Combat Veteran who was part of the initial invasion into Iraq in the spring of 2003 ultimately serving 14 consecutive months of combat in support of both Operation Iraqi Freedom 1 and 2. Jose was Honorably discharged in January 2005 after completing his 3-year enlistment term and immediately entered the workforce. Having a successful career, and the drive and passion to follow through on his professional commitments, one would think all is well. However, Jose was silently battling a PTSD diagnosis that almost ended in suicide. Today, Jose and his family dedicate their lives to ending veteran suicide and raising awareness about cannabis and for all those suffering with PTSD.