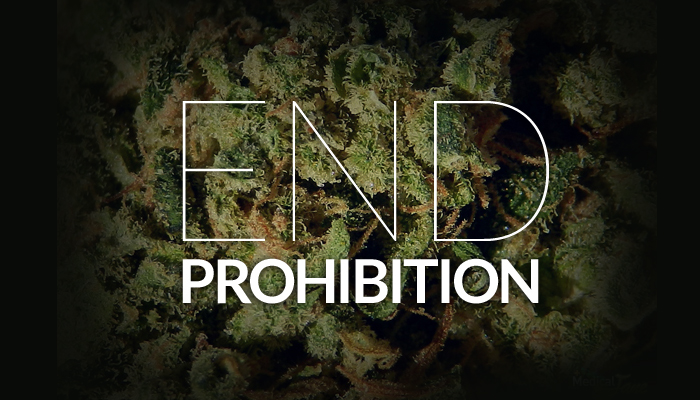 Marijuana Prohibition Simply Does Not Work

According to the results from the “2011 National Survey on Drug Use and Health” conducted by the Substance Abuse and Mental Health Services Administration, marijuana is the, “most commonly used illicit drug, with 18.1 million past month users.” Of the people who use illicit drugs, about two-thirds (64.3%) used only marijuana in the past month. In addition, only 16.2% of illicit drug users reported using both marijuana and other drugs. In 2011, an estimated 16.7% of past year marijuana users used marijuana 300 or more days in the past year. By these calculations, there are at least ~5 million people who light up every day. Of course, we think the real number is about 2-3x that estimate (easily)… but we aren’t economists — just very observational.

There is no relationship between the changes in enforcement and marijuana use over time.

What this data tells us in plain terms is that marijuana prohibition is simply not working. There is a growing amount of evidence stacking up that proves that this is true. Marijuana remains the most popular “illicit drug,” because the laws don’t deter people from using it. There is no relationship between the changes in enforcement and marijuana use over time.

According to a study on the nations youth, the percentage of kids aged 12 to 17 who perceive great risk in smoking marijuana once or twice a week decreased from 54.6% in 2007, to 44.8% in 2011. Almost half (47.7%) claimed that it would be “fairly easy” or “very easy” for them to buy marijuana if they so choose. In fact, it’s health concerns or family values most individuals state is the reason they have never tried marijuana for non-smokers. Not their fear of getting in trouble with the laws. Not only is the prohibition not working, it is becoming increasingly expensive.

A recent poll taken of U.S. adults showed 74% are in favor of alternatives to jail for marijuana offenses.

People are beginning to see it as actually a wonderful medicine, and one of the safest recreational substances out there. When people see these facts they feel cheated, lied to, and some feel helpless as if they have no power to change the law.

Nonetheless, this is just not true. A recent poll taken of U.S. adults showed 74% are in favor of alternatives to jail for marijuana offenses. This is crucial because if enough people refuse to send someone to jail for marijuana offenses (when serving on a jury), the laws will become unenforceable. This is called “Jury Nullification,” and it is one of our civil liberties as an American citizen. It is simple, if you disagree with a law you don’t have to convict someone for it if you are on a jury. With Americans stance changing on this subject at a rather rapid rate, it’s only a matter of time before people start standing up for what they believe in.