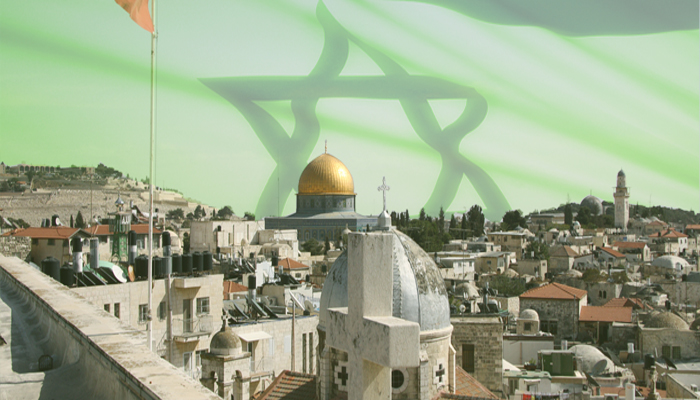 “It was if there were divine intervention,” said Inbal Sikorin, the chief nurse at Hadarim retirement home in Kibbutz Naan, central Israel. “A few years ago, we found that we had lost the way, we had learned to prolong life, but without quality.” A number of Hadarim’s patients are currently subjects to an experiment being conducted by Israel’s largest and most established medical marijuana farm, Tikkun Olam.

The name of the farm is a Hebrew phrase that means, “repairing the world,” which is exactly what the ‘farmers’ aim to do. Their main focus is to test the broader use of marijuana. Since the beginning of their studies, many significant improvements have been reported, “the feeding tubes are gone and the residents are much less restless,” said Sikorin. There is one stand-out case in which a 97-year-old Holocaust survivor’s hands and forearms had been stuck in an upward position for years. She now uses medical cannabis to alleviate her pain and stiffness, and is even enrolled in a Tai Chi class.

“It was if there were divine intervention. A few years ago, we found that we had lost the way, we had learned to prolong life, but without quality.”

Although some Israeli medical professionals are still hesitant to suggest patients medicate with marijuana, doctors that are knowledgeable about its potential benefits can obtain a personal-use license for the patients from the Health Ministry. Doctor Raphael Mechoulam admires what Tikkun Olam is doing with their program, however he believes that the real advancements in medicine are going to be made in laboratories, not on farms. He has been conducting research on marijuana and its cannabinoids for over 40 years in Jerusalem, and stated that cannabis, although it has been researched a fair amount, has never been studied correctly. Mechoulam believes that isolating the compounds, or cannabinoids, in their rare forms is where we are going to find the true medicinal benefits.

His researchers have administered a number of tests on human patients, treating them with extremely precise doses of THC dissolved in an oil-based solution. They have witnessed promising results in the treatments of brain trauma, diabetes, cancers, and osteoporosis. One particular 20-year-old patient underwent a bone marrow transplant two years ago. Since then his body has been rejecting the transplanted marrow, resulting in a chronic rejection called Graft-versus-host disease. The transplanted immune cells were attacking his body giving him diarrhea, digestive problems, and painful, hard skin. He is now treated with a measured dosage of THC in drop form, and has seen a significant improvement in his quality of life. He no longer gets an upset stomach or diarrhea, and his appetite has increased significantly allowing him to get back to his original weight. You can hear the full story in the video posted below.

“It’s a huge advantage, I can smoke during the day, function with a lot less pain and still be focused, work and drive. It is a great gift.”

Professor Mechoulam has been working to grow cannabis that contains high levels of cannabidiol, or CBD, something that has been intentionally bred out of the plant by non-medical marijuana growers looking for a stronger high (or higher level of THC). THC is the most well known cannabinoid, less so for its medicinal benefits, and more for the high that it produces when cannabis is dried, and smoked. Cannabidiol on the other hand is a substance that researchers believe can be used for treating diseases such as rheumatoid arthritis, colitis, liver inflammation, multiple sclerosis, heart disease and diabetes without getting the patients ‘high’. Avidekel is a brand new strain being grown by Tikkun Olam that contains a record setting 15.8% CBD and only minute traces of THC below 1%. Mechoulam believes that CBD-rich strains such as Avidekel, show promise as potent anti-inflammatory drugs.

One Patient’s Experience Medicating With Avidekel

One 35-year-old patient of the program, and user of Avidekel for two months now stated, “It’s a huge advantage. I can smoke during the day, function with a lot less pain and still be focused, work and drive. It is a great gift.” She had been suffering from chronic pain caused by the surgery to remove a tumor from her spine. She had tried the THC-containing marijuana to treat her pain for eight months straight before she discovered the new CBD-rich alternative, and the difference was night and day.

“Before, I would only smoke at the end of the day and stay in pain,” she said, but with the high-less marijuana she can happily say, “my life is so much better.”