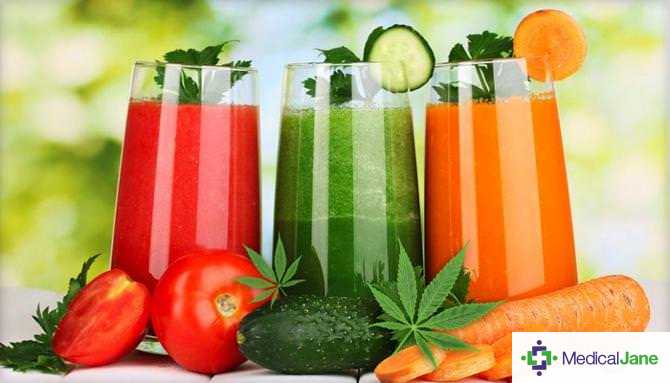 Juicing Cannabis: The Potential Health Benefits of Treating Cannabis Like a Vegetable

Donald Abrams is chief of Hematology Oncology, at San Francisco General Hospital, and a professor of medicine at the University of California, San Francisco. He does research on the applications of medical cannabis, and has become an advocate as a result.

Abrams stated,“If cannabis were discovered in the Amazon rainforest today, people would be clambering to make as much use as they could of all of the potential benefits of the plant. Unfortunately, it carries with it a long history of being a persecuted plant.”

Abrams appears in the short film that accompanies this article. The film, ‘Leaf’,provides some unique insight into the benefits of ingesting medical cannabis in its raw form and introduces the newest technique for doing so, juicing. Pressed vegetable juices are very popular in America right now, so it’s no surprise that someone would eventually look into the benefits of juicing cannabis as well. In fact, some people have even suggested that cannabis should be considered and classified as a vegetable.

Vegetables are typically defined as a “herbaceous plant grown for an edible part, usually eaten as part of a meal.” This typically refers to the leaf, stem, flower, or root of a plant. In 1967, the meaning of “vegetable,” was specified to mean, “Plant cultivated for food, edible herb or root.” Some vegetables may be eaten raw, and others must be cooked in order to be edible. When certain fruits and vegetables are heated, they lose tons of beneficial enzymes and nutrients. Cannabis is no different.

The Health Benefits of Juicing Cannabis

Cannabis preparation techniques are based on what benefits you seek from the plant. By juicing the cannabis, you receive most of the medical benefits of the plant without the “high”. Cannabis in its raw form is still psychoactive, just not like the medicating effects you are used to from smoking or eating an edible. In fact, he claims that achieving the psychoactive effects from cannabis is purely a human aspect of the plant that, “Has nothing to do with the 34 million years of evolution the plant has.” Courtney is a dietary raw cannabis specialist, and a strong believer in the plants healing powers.

While Courtney understands that smoked cannabis can in fact be used as a medicinal therapy, he believes that in its best form, raw, it is a preventative. He claims cannabis is the “most important vegetable on the planet” and that it can assist the function of your immune system, provide anti-inflammatory benefits, and improve bone metabolism and neural function. Cannabis is even capable of inhibiting cancer cell growth according to the doc; the list could go on and on.

According to the doctor, when you cook or smoke cannabis you are actually walking away from 99% of the benefits cannabis provides. Not to worry, in its raw form the plant contains THC-A (Tetrahydrocannabinolic-acid) and CBD-A (Cannabidiolic-acid), which must be heated in order to produce THC and CBD.

Only when you decarboxylate THC-A, turning it into THC, does it cause psychoactive effects or the ‘high’ you may be used to when smoking cannabis. Additionally, the body is able to tolerate larger dosages of cannabinoids when cannabis is consumed in the raw form. This is because when you smoke cannabis, the THC actually acts as a CB1 receptor agonist and your body can only absorb about 10 mg at a time.

Only when you decarboxylate THCa, turning it into THC, does it cause psychoactive effects or the ‘high’ you may be used to when smoking cannabis.

The doctor recommends vaporizing to achieve the powerful anti-oxidant, anti-emetic and metabolism boosting CB1 receptor agonist activity of THC. Courtney suggests, “If you heat the plant, you will decarboxylate THC-A and you will get ‘high’. You’ll get your 10mg (of THC). If you don’t heat it, you can go up to five or six hundred milligrams, use it as a dietary cannabis and push it up to the anti-oxidant and neuro-protective levels which come into play at hundreds of milligrams. It is this dramatic increase in dose from 10 mg of psychoactive THC to the 500 mg – 1,000 mg of non-psychoactive THC-A, CBD-A, and CBG-A that comprises the primary difference between traditional ‘MedicalMarijuana’ and Alternative Cannabinoid Dietary Cannabis.”

The FDA has actually approved a tolerable CBD dose of 600 mg/day as a new investigative drug. This makes the medical potential of drinking the juice containing 600mg of CBD-A, far greater than when you heat the cannabis. Considering CBD percentages are typically below 1% in most strains, it would be physically impossible to smoke enough in one day to ingest a 600mg dosage of CBD.

An article written in the December 2004 issue of Scientific American was about a molecule in cannabis that could communicate two-ways with nerve cells. They explained that one-way traffic to nerves is the main cause of inflammation in the body. Immune cells are being continuously attacked, and nothing is communicating with the nerves to tell them to calm down. When you add cannabinoids, a two-way communication is made possible, and inflammation is reduced. The cannabinoids work to prevent, or fight symptoms by providing nerves with this two-way communication.

Ethan Russo is a senior medical adviser to GW Pharmaceuticals, a British company that produces a THC mouth spray called, Sativex. In the mid-‘90s, Russo took a sabbatical in Peru after leaving his job at a neurology practice that he believed, was prescribing medicine with toxic side effects. Upon his return he claimed that marijuana holds the “greatest potential of any medicinal plant.”

Russo suggests that people who do not naturally produce the necessary amount of cannabinoids may be more susceptible to illnesses such as irritable bowel syndrome, glaucoma and migraines. The girl from the movie below, Kristen Peskuski, tells her incredible story of how she used juicing cannabis to treat what she is calling, “endogenous cannabinoid deficiency disorder.” Kristin suffered from a number of conditions that include lupus, rheumatoid arthritis, endometriosis, interstitial cystitis, hypoglycemia, anemia, chronic sinusitis, chronic bacterial infections, and other serious ailments before she started juicing cannabis.

The interesting thing about Kristen’s story is that smoking marijuana didn’t do nearly as much for her as juicing. Before she began juicing, Kristen would smoke a quarter of an ounce of cannabis a day along with ingesting many edibles and concentrates. Now she is off all antibiotics, and uses only cannabis juice to aid all of her ailments. Her OBGYN believes that cannabis may have even assisted her through her pregnancy; which was originally thought to be impossible because of her history with endometriosis.

Now we know all this is very exciting, but do not go throwing your dispensary buds in the juicer thinking your about to make a magic healing potion. Here is a list of recommendations from Dr. Courtney on juicing raw cannabis: 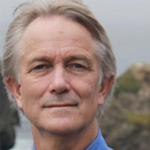 Dr. William L. Courtney has an extensive medical education that began with a Bachelor of Science in Microbiology from the University of Michigan. He also received his Doctor of Medicine from Wayne State University, and …