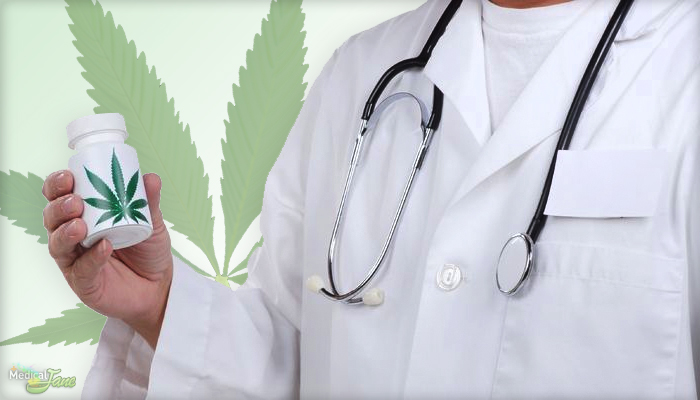 Cannabis: The Forbidden Medicine With Health Benefits You Will Not Hear About On The News

You might think that if scientists found a cure to cancer it would be a huge story… right? It would make the top story during prime-time news of every major television network, as well as the headline of every newspaper across the country. The person who found the cure would be a hero and the world would be celebrating… Then why hasn’t that happened?

A study donein Madrid, discovered that the cannabinoids in marijuana inhibit tumor growth. The experiments in 2000 were conducted by Manuel Guzman, and concluded that THC injected into incurable brain tumors in rats, either shrank, or destroyed the tumors in a majority of their subjects. They found that cannabinoids work to inhibit the growth of blood vessels supplying tumors by modulating key cell-signaling pathways, thereby inhibiting tumor growth, and promoting cancer-cell death. The process is called apoptosis, or programmed cell death (PCD), and it occurs naturally everywhere in your body except tumors. Lack of apoptosis in the body can result in autoimmune diseases, inflammatory diseases, and viral infections.

The presentation of cannabinoids, such as THC, CBD, CBN, etc…, promotes apoptosis killing off gliomas, leukemias, melanomas and other cancerous cell types; this is exactly what chemotherapies aim to do. Guzman claims that cannabinoid treatment does not expose the patient to the toxic levels of radiation that current methods of chemotherapy do. In addition, Cannabinoids are selective anti-tumor compounds which means they have the capability to kill tumor cells without affecting healthy cells. In chemotherapy, both healthy cells and cancerous cells are attacked and killed imprecisely.

“In 1974 the National Institute of Health ordered the Medical College of Virginia to find evidence that smoking cannabis damages the immune system. Instead what they found, is that THC slows the growth of lung cancer, breast cancer, and a virus-induced leukemia.”

The sad part is that most Americans have never heard about the Madrid studies, and the story was only ran once by the Associated Press and the United Press International. What you may find even more sickening is that this was not the first time medical findings about cannabis have been covered up and hidden from mainstream media.

In 1974 the National Institute of Health ordered the Medical College of Virginia to find evidence that smoking cannabis damages the immune system. When they tested the effects on mice, they found instead that cannabis is an ideal medication for reducing tumors, both cancerous and benign. THC was proven to successfully slow the growth of three types of cancer in particular: lung cancer, breast cancer, and a virus-induced leukemia.

This is probably because later in 1983, the Reagan/Bush administration tried to persuade American universities and researchers to destroy all of the studies from the Medical College of Virginia (with some success according to Jack Herer). Guzman’s studies in Madrid were the first time THC has been used to treat living animals with tumors since the 1974 Virginia study.

The Medical College of Virginia has applied to receive grants for further research in both 1996 and 2006, both times being denied by the DEA. In addition, the Virginia studies never made headline news. One article titled, “Cancer Curb is Studied,” appeared in the Local section of the Washington Post in August of 1974. This was the only time the story was reported by any major news outlet until 2001, when the San Antonio Current put out a story titled, “Pot Shrinks Tumors; Government Knew In ’74.” However, even this story has since disappeared from the site, and is nonexistent aside from copiesposted on marijuana forums.

Last month we shared a story with you all about an 8-month year old with a, “very massive centrally located inoperable brain tumor,” was treated with cannabis oil. The child’s father applied cannabinoid oil on the baby’s pacifier twice a day, increasing the dosage over time. Within 2 months the tumor had reduced enough that the oncologist suggested they go ahead without pursuing traditional therapy. Within 8 months, the tumor was completely gone and doctors were calling the child a, “miracle baby.”

You heard about that on the news though, right? Oh, you didn’t? Hmm… did you miss that story too? Or was it not there at all? A simple Google search will show you that The Huffington post was the most prominent news company to even cover the story. Is this because ABC, FOX, NBC, CBS, and CNN all missed the story? What’s the deal? Why didn’t this story make headline news on all of those major networks?

“If it turns out that cannabis is the cure for cancer, and the government suppressed this information for 25 years (and continues to suppress it), then the body count alone will make this the biggest holocaust in recorded history.” – Raymond Cushing

It is clear that this censorship is still going on, and the people who are covering these stories up are to blame. Every editor in all the major news networks should be held responsible for restricting the free flow of medical knowledge. This might be the reason why a headline about cannabis curing cancer will never be a top story. It is amazing to us the amount of time they have been able to suppress this knowledge from the public.

The best question to ask is why? Why would someone want to prevent a possible cure to deadly brain tumors and other autoimmune diseases from being found? The war on cannabis has killed millions, and not one death has been a result of the actual ‘drug’.

While these two studies were the most notable examples of the suppression of medical cannabis knowledge, hundreds of other studies have been conducted with similar outcomes that will never be acknowledged. Apparently not even a cure for cancer is enough to replace horrible headlines about shootings and robberies these days. Now… ask yourself, which news would you rather hear more about?