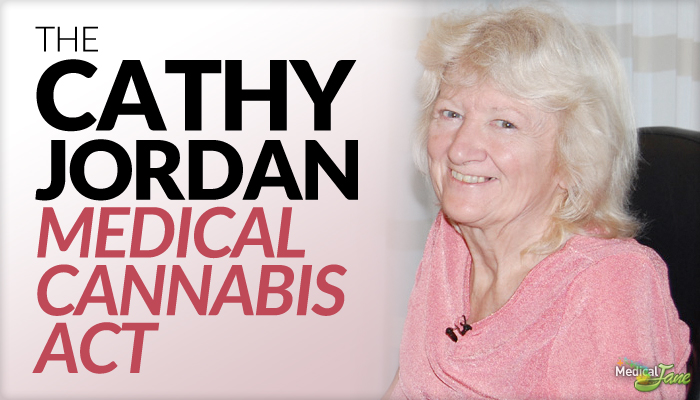 Senate Bill 1250 would legalize the use of medical marijuana by qualified patients in Florida. By establishing a state-regulated system of dispensaries, patients will be provided legal, safe access to their cannabis medicine at last. The Department of Business and Professional Regulation would be required by the bill to assume the duties of regulating and licensing medical marijuana dispensaries and cultivation operations.

A militaristic team of masked officers with automatic weapons raided the Jordan residence after an ‘anonymous tip’, seizing 23 marijuana plants Cathy was growing for her own medicinal use. Although no arrests were made, the case is being sent to the State Attorney’s Office for review.

“Unfortunately Florida’s been a little bit behind much of the rest of the country when it comes to medical marijuana,” said the director of communications for the Marijuana Policy Project, Mason Tvert. This is the second consecutive year Florida has introduced a medical marijuana bill. Although the bill was struck down in both committees last year, if passed, SB1250 would allow patients to possess up to four ounces of dried cannabis and grow eight plants.

“I’m asking for my right to life. It’s life or death for me, I don’t have a way to live. You can’t just offer people a way to die.”– Cathy Jordan

“I’m asking for my right to life,” stated Cathy Jordan shortly after the abstraction of her cannabis plants. “It’s life or death for me. I don’t have a way to live. You can’t just offer people a way to die.”