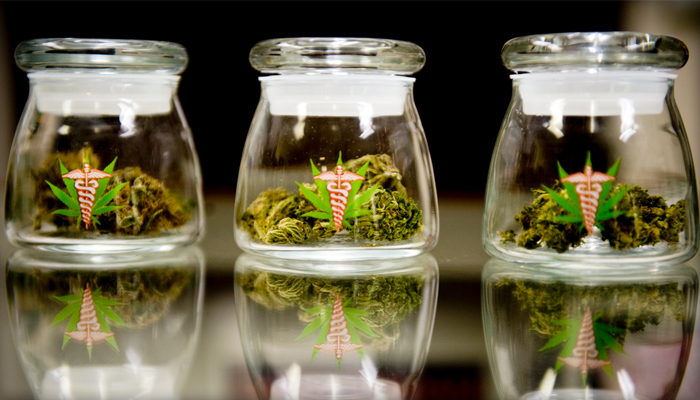 Advocates on both sides of the debate are watching closely to see which way state Supreme Court justices will lean in an effort to clear the air about medical marijuana dispensaries.

Since 1996, when California voters enacted the Compassionate Use Act (Proposition 215), the legal use of medical marijuana has prompted impassioned discussion among those for and against the distribution and sale of medical cannabis. The act provides patients with a valid doctor’s recommendation an avenue through which to possess and cultivate marijuana for personal use. The question has always been, and continues to be, how to best create an affordable and safe system.

“There have been conflicting decisions from appellate courts and there is no clear, complete and concise regulatory system from the legislature.”– Atty. Matthew Pappas

“There have been conflicting decisions from appellate courts and there is no clear, complete and concise regulatory system from the legislature. That’s why this will be an important ruling,” said Lake Forest attorney Matthew Pappas. He was referring to a case recently taken up by the California Supreme Court regarding the banning of marijuana dispensaries in The City of Riverside v. Inland Empire Patients Health and Wellness Center.

An appellate court sided with the city, but other courts have reached different conclusions. “I feel we clearly have some justices in our corner,” said J. David Nick, an attorney representing Riverside. “Some of them showed their hands more than others, and I’m feeling optimistic that they can convince the others that may have a doubt.”

Similar lawsuits have sprung up throughout California communities and will continue to do so until the state Supreme Court hands down its ruling. At stake is the legal status of marijuana dispensaries, which help bring relief to approximately 1,000,000 medical marijuana users in California alone.

While They Weigh, We Wait Patiently

California had the nation’s first medical marijuana laws, which advocates insist permitted local municipalities to regulate dispensaries, not outlaw them. The pro-dispensary group, Americans for Safe Access, says approximately 200 storefront pot shops have been outlawed by local governments in California.

In Sunset Beach, California, newly formed Patient Med-Aid co-owner Marla James claims she is getting the runaround from city officials in her effort to attain a business license for her dispensary.“We have been attempting to find the correct mechanism to get it operating and licensed correctly,” said Pappas, James’ attorney. In the meantime, Patient Med-Aid has been served two citations by the city Of Huntington Beach.

“Is it my right to not use a pharmaceutical drug and use something more natural?” – Maria James

James, who is also Director of the Orange County Chapter of the Americans for Safe Access, says she began using medical marijuana after battling serious illness and amputation. “I take it for pain,” says James. “Is it my right to not use a pharmaceutical drug and use something more natural?” she asks. “It’s so confusing right now.” Americans for Safe Access legal director, Joe Elford, said, “Along with the permissibility of local dispensary bans, the state’s seven justices must weigh whether marijuana’s federal status as an illegal drug prohibits local governments from explicitly authorizing its distribution at all, as about 50 California counties and cities have.”

While they weigh, we wait. A decision is coming soon.

Americans for Safe Access (ASA) has a mission to ensure safe and legal access to cannabis (marijuana) for therapeutic uses and research. ASA works with our grassroots base of over 50,000 members to effect change …