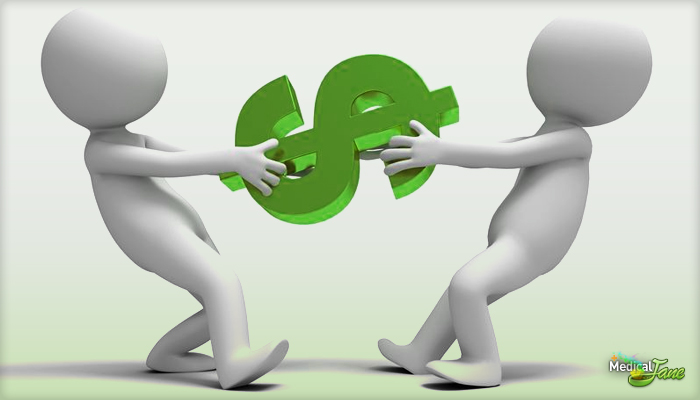 Did You Know? The US Government Has Medical Marijuana Patents

As we informed you earlier this week, the 2013 Pew Research Center survey concluded that 77% of Americans agree that cannabis has medicinal uses, while only 16% said otherwise.

For a plant with such a long pharmaceutical history, it sounds ridiculous to consider cannabis a Schedule I drug with no accepted medical uses. Especially considering the government has a patent (#6630507) entitled, “Cannabinoids As Antioxidands & Neuroprotectants,” that was filed in February of 2001.

The abstract of the patent states: “Cannabinoids have been found to have antioxidant properties, unrelated to NMDA receptor antagonism. This newfound property makes cannabinoids useful in the treatment and prophylaxis of wide variety of oxidation associated diseases such as ischemic, age-related, inflammatory and autoimmune diseases. The cannabinoids are found to have particular application as neuroprotectants, for example in limiting neurological damage following ischemic insults such as stroke and trauma, or in the treatment of neurodegenerative diseases such as Alzheimer’s disease, Parkinson’s and HIV dementia.”

The Government Will Be The Sole Producer & Supplier

No need to worry though, the government has your medical needs at the top of their list. Right below making money off the patentable pills, sprays and other various extracts they are going to make from their patented cannabinoids.

In fact, Marinol pills were already rescheduled down to a Schedule IIIdrug in 1999, similar to Vicodin. Marinol pills are nothing but 100% THC in an oil capsule.

“THC, natural or synthetic, remains a Schedule I controlled substance … regardless of whether the THC used in the generic version was synthesized by man or derived from the cannabis plant.” – DEA Spokesperson

That’s right, THC extracted from a plant is considered a Schedule III drug if it is done so by pharmaceutical companies to produce Marinol. However, extract it yourself (the exact same end product), and you are committing a felony worthy of years in jail.

A DEA spokesperson told The Daily Caller that, “THC, natural or synthetic, remains a Schedule I controlled substance. Under the proposed rule, in those instances in the future where FDA might approve a generic version of Marinol, that version of the drug will be in the same schedule as the brand name version of the drug, regardless of whether the THC used in the generic version was synthesized by man or derived from the cannabis plant.”

In plain terms, it is illegal to possess a plant or THC extract, but it is not illegal for a pharmaceutical company to pill THC bought from a government-licensed provider and sell it for outrageous prices to insurance providers. Wow.

So who exactly will be providing all this marijuana for the THC extract medicines if possessing a cannabis plant will remain illegal? No need to worry, the government has that covered as well.

The University of Mississippi at Oxford has had the licensing agreements with the pharmaceutical industry for this since 1968. They have been contracted to grow, harvest and process all the medical marijuana that is sent to licensed facilities for research purposes. This will make for a smooth transition to being the only supplier of medical grade cannabis used for pharmaceutical extracts.

According to CNN, the DEA turned down an application by a Massachusetts professor to open a second facility to grow cannabis for research purposes back in 2009. The excuse the DEA gave the professor was that he failed to show that the “longstanding existing system in the United States of producing and distributing research-grade marijuana … is inadequate.” They added that the professors “past and ongoing” use of marijuana made him an unacceptable candidate for “anyone seeking to have a prominent role in overseeing” a marijuana operation.

So Only Patented Cannabinoids Are Medicinal… Hmm…

“[W]e could eat edibles and/or consume Rick Simpson Oil that would deliver more medicinal benefits than any pill with only THC.”

Pay attention to how many times opponents of legalization bring up the fact that smoking cannabis is a poor means of medicating. While we don’t completely disagree (smoking is not the most efficient method of delivery), this is the latest over-played counter argument to recreational legalization.

Is this because people like ElSohly truly believe that smoking cannabis doesn’t have any medicinal benefits? Or is it just because they want to keep the profits in their pockets by preventing a decriminalization of the plant itself?

If smoking the flowers were actually what they were concerned with, then they would just let us vaporize and call it a day. In addition, we could eat ediblesand consume Rick Simpson Oil that would deliver more medicinal benefits than any pill with only THC.

I guess the only way to make cannabis medicinal, is to patent it… /sarcasm