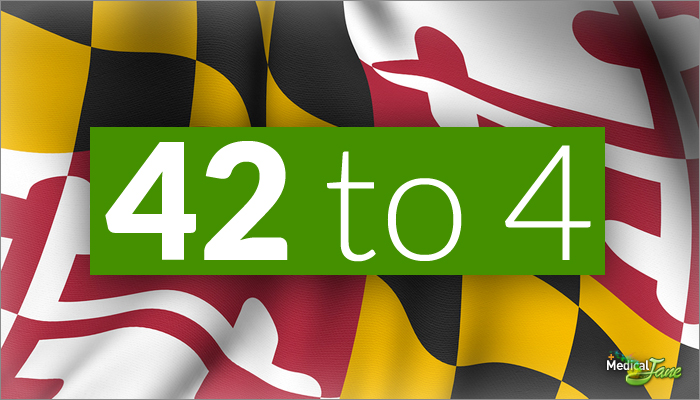 An overwhelming majority of Maryland Senators said ‘Yes’ to a medical marijuana bill Monday morning that would bring cannabis to the “Free State”. The bill will make its way to Gov. Martin O’Malley’s desk for final approval.

It looks like the state of Maryland will be joining the long (developing) list of states that plan to accept the use of cannabis as a means/form of medical treatment.

“The reason for the measure is to put a medical marijuana in place in the state of Maryland — although it may take some time.”

Additionally, the new measure would create a state commission committee to oversee medical marijuana programs that are at participating academic medical research facilities. Since the House has already approved the bill, that leaves the responsibility with Governor Martin O’Malley’s to get the ball rolling in Maryland.

The health secretary of Maryland, Josh Sharfstein stated that he was originally opposed to the idea of medical marijuana due to a concern that the federal government would intervene and begin to prosecute state employees. Since last year however, the bill has been revised to include a clause that would enable the governor to suspend the program if its employees were ever prosecuted for participating. Because of this, the Secretary has expressed new support for the measure. The bill is expected to be signed by the Governor in the weeks to come.