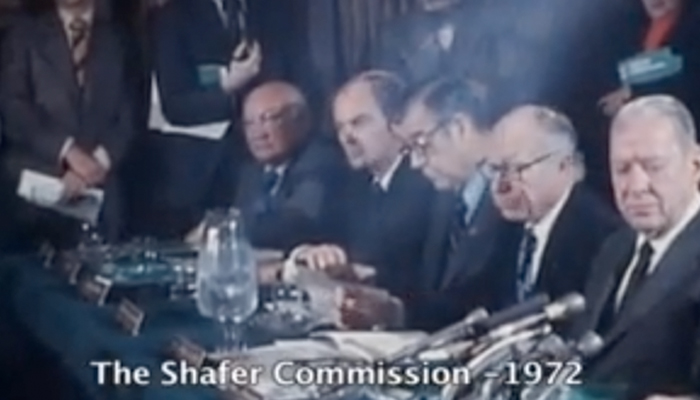 A bill was introduced in the US congress last week that would establish a National Commission on Marijuana Policy.

House Bill 1635 calls for a comprehensive evaluation of the current cannabis policies and search for possible resolutions to the existing conflict between federal and state laws regarding the plant.

“A national commission would provide us with the information we need to create sensible policy going forward.” – Rep. Steve Cohen

The bill was introduced by Rep. Steve Cohen of Tennessee, who stated, “Regardless of your views on marijuana, it’s important that we understand the impact of current federal policy and address the conflict with those state laws that allow for medicinal or personal use of marijuana.”

The Congressman added, “This conflict is only going to continue to grow over the next few years and we must provide certainty to the millions of individuals and businesses that remain caught in a web of incompatible laws… A national commission would provide us with the information we need to create sensible policy going forward.”

Cohen’s bill is modeled after President Richard Nixon’s 1971 Shafer Commission on Marijuana and Drug Abuse. The Commission was originally shut down during the Reagan administration for suggesting to decriminalize marijuana.

“A national commission would provide us with the information we need to create sensible policy going forward.”– Rep. Steve Cohen

The commission will be in charge of studying the current state of conflict between federal and state laws, as well as the costs included with perpetuating this war on drugs. They will then take a look at the potential costs and benefits (including revenue) of taxing & regulating cannabis on both state and federal levels. Additionally, they will be required to study how the federal banking and tax laws on state-legal marijuana businesses would be affected.

Lastly, it will be necessary for the newly formed National Commission to compare the potential public health and safety factors of marijuana use compared to that of alcohol. Both benefits and risks will be assessed.

“We have clearly reached a point where the American people want marijuana prohibition to end,” said Steve Fox, the national political director for the Marijuana Policy Project (MPP). “It is no longer a question of whether the federal government should allow states to enact their own marijuana policies. Of course, it should. The question now is how to reconcile state and federal laws. The commission bill proposes a study and a discussion that is long overdue.”