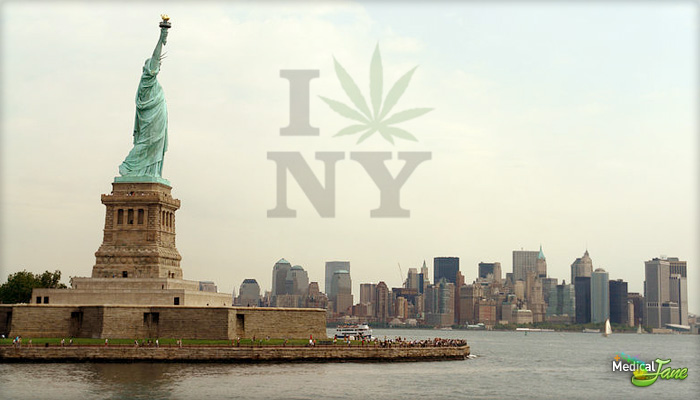 A poll was released Monday that found that 82% of New York voters support the legalization of medical marijuana for seriously and terminally ill people.

The poll of 623 registered voters was released yesterday by the Siena Research Institute. Support for legalization of medical marijuana was equal in both Democratic and Republican parties at 81% while only 17% and 14% opposed, respectively. Even 77% of conservative voters polled in support.

“New Yorkers clearly, overwhelmingly support compassionate care for the sick and dying. So what’s the hold up in Albany? This proposal has been delayed for fifteen years. It’s time for our elected representatives in Albany to show some moral clarity and compassion, and move this measure forward so that those New Yorkers suffering with cancer or other debilitating conditions can get the relief they need and deserve,” said Gabriel Sayegh, Drug Policy Alliance’s New York State Director.

“It’s time for our elected representatives in Albany to show some moral clarity and compassion, and move this measure forward…” – Gabriel Sayegh

New York currently has a medical marijuana bill in the legislature by the name of the Compassionate Care Act. The bill, Assembly Bill 6357, would allow medical professionals to consult their patients how they see fit, prescribing medical marijuana to those suffering from serious illnesses for which cannabis is likely to have a therapeutic or palliative benefit.

If the bill passes, New York would become the 21st state to sign off on medical marijuana legislation. Of course, that’s if Governor Pat Quinn signs off on House Bill 1, which would make Illinois the 19th. Under the bill, patients would be required to sign up with a patient registry, permitted to carry up to 2 ounces at one time, and patients nor designated caregivers would not allowed to grow their own medicine.

The bill would create one of the most tightly controlled medical marijuana programs in the country, and has been given prior approval by the Assembly Health Committee. It will now make its way through the Ways and Means Committee before being voted on by the full Assembly. A final vote in the Senate is not yet scheduled.