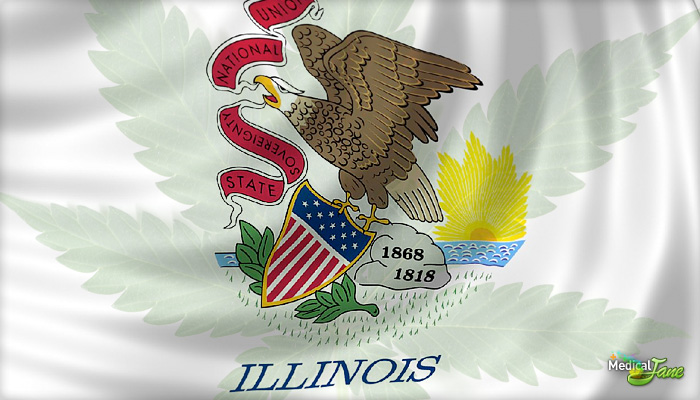 Earlier today, the Illinois State Senate approved a bill that would allow doctors to prescribe medical marijuana to qualified patients.

House Bill 1, if signed off on by the Governor, would make Illinois the 20th state to legalize marijuana for medical use; right behind Maryland.

The measure, was approved by the 59 member Senate in a 35-21 vote after being passed in the Senate Executive Committee just a week ago. The bill will now be brought by its sponsoring Senator, Bill Haine (D-Alton), to Governor Pat Quinn’s desk to seal the deal.

“We are confident a strict, controlled implementation of this for those who suffer pain with the diseases and conditions listed in the act can well be served… Many of us have anecdotal evidence of the value of this. Doctors’ groups have endorsed this, nurses,” said Senator Haine.

“We are confident a strict, controlled implementation of this for those who suffer pain with the diseases and conditions listed in the act can well be served.” – Sen. Bill Haine

The four-year pilot medical marijuana program, if passed, would name 42 ailments and diseases and would require a doctor’s prescription before buying cannabis. A patient would be allowed up to 2.5 ounces per two weeks and would not be permitted to grow their own medicine. Instead, 22 licensed growers will be providing the medicine for the 60 dispensaries that are expected to open.

Sen. Kyle McCarter (R-Lebanon) told the Chicago Tribune that he is worried about endorsing a gateway drug that the federal government has classified as a controlled substance.

“For every touching story we have heard about the benefits to those in pain, i remind you today that there are a thousand time more parents who will never be relieved from the pain of losing a child due to addiction, which in many cases started with the very illegal, FDA-unapproved, addiction-forming drug that you are asking us to now make a normal part of our communities,” stated McCarter.

Although the governor has not yet announced his stance on the issue, Quinn has said previously that he is open to having the discussion.