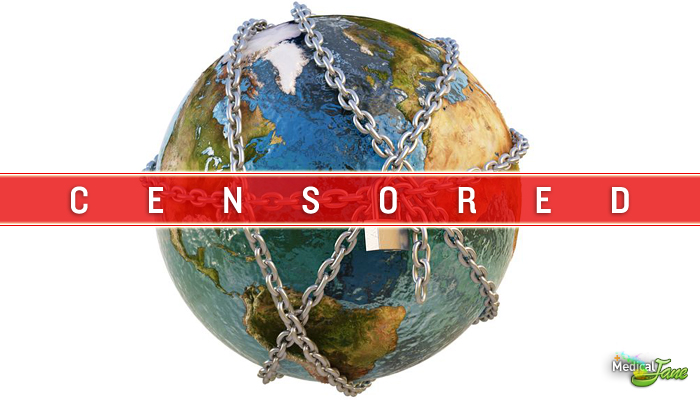 According to a group of leading scientists, the outlawing of psychoactive drugs such as cannabis and psychedelics is the worst case of scientific censorship of modern times.

The paper, Effects of Schedule I Drug Laws on Neuroscience Research and Treatment Innovation(abstract only), was published today in the journal Nature Reviews Neuroscience and was written by Professor David J. Nutt of Imperial College London, Leslie A. King & David E. Nichols.

The authors argued that the outlawing of drugs such as cannabis, psychedelic mushrooms and other psychoactive substances has thwarted research into the potentially momentous medicinal uses of the ‘drugs’. In a statement accompanying the paper, David Nutt said the scientific censorship was the worst case “since the Catholic Church banned the works of Copernicus and Galileo.”

The scientists argue in the journal that the scheduling of psychoactive drugs such as cannabis, MDMA (ecstasy) and psychedelics makes research on the substances nearly impossible in most cases.

“This hindering of research and therapy is motivated by politics, not science…It’s one of the most scandalous examples of scientific censorship in modern times.” – Professor David J. Nutt

“If we adopted a more rational approach to drug regulation, it would empower researchers to make advances in the study of consciousness and brain mechanisms of psychosis, and could lead to major treatment innovations in areas such as depression and PTSD,” Nutt said.

Unfortunately, the perceived dangers of ‘drugs’ like cannabis and other psychedelics that have developed over time have led to them being outlawed under both national and international laws. “The laws have never been updated despite scientific advances and growing evidence that many of these drugs are relatively safe. And there appears to be no way for the international community to make such changes,” claims Nutt.

“This hindering of research and therapy is motivated by politics, not science…It’s one of the most scandalous examples of scientific censorship in modern times. The ban on embryonic stem cell research by the Bush administration is the only possible contender, but that only affected the USA, not the whole world.”

Professor David J. Nutt is a psychiatrist that chairs the Independent Scientific Committee on Drugs (UK drug advisory body) and is a Vice-President of the European Brain Council. The Times Eureka science magazine voted him one of the 100 most important figures in British science. In 2009 he was discharged as Chair of the Advisory Council on the Misuse of Drugs (a British government advisory body) after publicly criticizing the government for ignoring scientific advice on cannabis and ecstasy.

He has also conducted human trials using the psychedelic ingredient in magic mushrooms, psilocybin. The studies have suggested that the drug appears to alleviate severe forms of depression in people who didn’t respond to other treatments. However, the laws preventing the use of illegal drugs in research have prevented Nutt from conducting full clinical trials to explore psilocybin as a treatment.

Leslie A. King is a retired analytical chemist from the pharmaceutical industry (1960-1968) in the UK and Germany, and had a period as the Head of the Drugs Intelligence Unit. He was also responsible for coordinating a UK network that collected and analyzed information on ‘new psychoactive substances’ for the Department of Health from 1997 to 2011. King has been a co-opted member of the Home Office Advisory Council on the Misuse of Drugs technical committee since 1994.

David E. Nichols is Distinguished Professor Emeritus from Purdue University and is currently the Adjunct Professor in the Eschelman School of Pharmacy at the University of North Carolina, Chapel Hill. He has received grants for 28 years from the US National Institute on Drug Abuse to study the chemistry and preclinical pharmacology of hallucinogens and psychostimulants, as well as MDMA and analogues (LSD). His laboratory was the only one in the past several decades to study the medical chemistry of LSD analogues and various other hallucinogens.