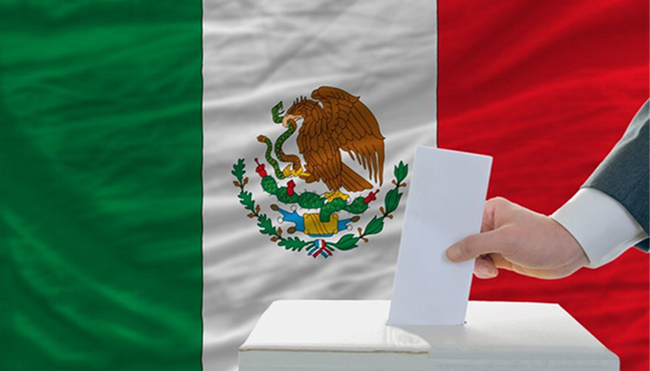 On Monday, former Mexican president Vicente Fox met with marijuana advocates in San Francisco, CA, to join them in urging the United States and his own country to decriminalize the sale and recreational use of cannabis.

According to the SF Examiner, the former Mexican president is for the legalization of all drugs, not just cannabis. “I am all for legalizing drugs, in the same way Portugal did,” said Fox, referring to Portugal’s decriminalization of all drugs in 2001. “The cost of the war is becoming unbearable — too high for Mexico, for Latin America and for the rest of the world,” added Fox.

Fox met for three hours on Monday with advocates that included Steve DeAngelo, the director of the Oakland-based Harborside Health Center that we mentioned in our article last week, and former Microsoft executive Jamen Shively, who hopes to become the country’s first “premium marijuana retail brand.”

Fox explained to the group that some 80,000 people have been killed in Mexico since 2006 from drug-related violence. That was back when former Mexican president Felipe Calderon announced his all-out war on the country’s “narcotrafico” cartels. Now, according to Fox, approximately 40 children are killed in drug-related incidents every day.

“The cost of the war is becoming unbearable; too high for Mexico, for Latin America and for the rest of the world.” – Vicente Fox

The former Mexican president believes that America’s war on drugs is only prolonging the violence in Mexico, and the legalization of marijuana — if not all drugs — in the United States will put an end to that. “We cannot afford more blood and the loss of more young people,” said Fox, “we must get out of the trap we are in.”

Fox announced Monday that he helped organize an international summit that will begin July 18 in San Cristobal, Mexico, to formulate a plan for the legalization of marijuana in Mexico. Participants planning to attend the three-day meeting include the dean of Harvard’s School of Public Health, and Mexican congressman Fernando Belaunzaran, who plans to introduce a bill this summer that would legalize adult recreational use of marijuana in Mexico.

Mexico’s current president, Enrique Peña Nieto, opposes legalization but has recently stated that he would consider world opinion on the matter, especially after the recent legalization in Washington and Colorado.

According to the SF Examiner, at the end of his term back in 2006, Fox vetoed a drug decriminalization bill he had originally proposed. “Pressure from the U.S. behind the scenes allegedly led to his about-face,” writes Chris Roberts.