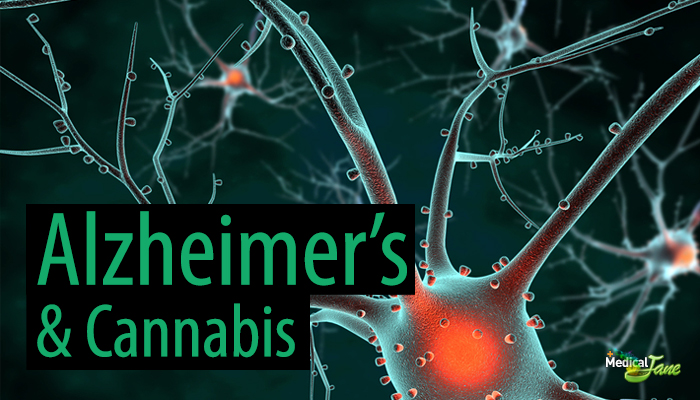 What Is Alzheimer’s Disease?

Alzheimer’s disease can be devastating – not only to individual patients, but entire families. It is the most common form of dementia (“a general term for a decline in mental ability severe enough to interfere with daily life”) and places a major burden on those closest to the patient; it can take a toll of the caregiver financially, psychologically, and socially. Despite the disease’s prevalence, there is little understanding about its cause and progression, though research shows it’s related to plaques and tangles in the brain.

The Roskamp Institute’s study used mice with Alzheimer’s symptoms. Researchers stimulated the cannabinoid receptors and inhibited enzymes that degrade endocannabinoids in the mice (thereby increasing levels of endocannabinoids in the body). Their results showed that beta-amyloid clearance across the blood-brain barrier and out of the brain doubled.

This isn’t the first study to suggest that cannabinoids may prove useful for the prevention or treatment of Alzheimer’s disease. However, it is one of the first to provide a rationale for the cause. In observing the LRP1 protein, the researchers found a 50% increase in the brain after cannabinoid treatment. Since this protein is responsible for transporting beta-amyloid across the blood-brain barrier, having more LRP1 might mean that less beta-amyloid will be left behind in the brain.

If further studies reinforce these findings, the cannabinoid system could prove to be quite beneficial in prevention or treatment of Alzheimer’s disease.

For an overview of the potential of cannabinoid medicine use for the management of Alzheimer’s disease, click here.