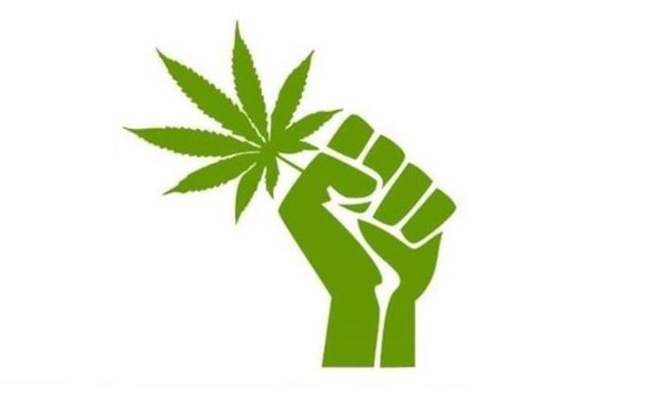 Advocacy, Expectations, and Safety in Considering Whole-Plant Cannabis Use for Medicinal Purposes

Take Action to Increase Phytocannabinoid Research in the United States

Your voice matters! Use this form and sign this petition to notify your federal legislators that you support The Compassionate Access, Research Expansion and Respect States (CARERS) Act, which, if passed, will:

If medical marijuana is not legal in your state, you can also use this form to urge your state legislators to support the medical legalization of cannabis.

It is important to note that patients should not necessarily expect improvement in their symptoms through the use of raw, whole-plant or isolated cannabis-based medicine (CBM). More evidence needs to be gathered and large-scale clinical trials need to be conducted before it can be stated definitively that cannabis or its components are effective treatment options for the majority of illnesses.

Patients should also understand the difference between whole-plant cannabis (which contains over 400 compounds, approximately 80 of which are unique to the cannabis plant) and the use of isolated/synthetic cannabinoid preparations (which may contain as few as one cannabinoid). For example, there is some evidence that the cannabinoid cannabidiol (CBD) specifically may help in modulating neurodegenerative disease processes. Inhaling or ingesting raw, whole-plant cannabis (especially of unknown cannabinoid concentration and ratio) will not necessarily yield the same results as those achieved in a study using isolated cannabinoids.

Due to the fact that whole-plant cannabis is not harmless and may exacerbate certain conditions, it is recommended that medical cannabis use be regulated and monitored frequently by a healthcare professional, especially for patients with debilitating disorders, so that any harmful side effects can be addressed in a timely fashion.

It is currently unclear whether or not cannabis use, when started in adolescence, leads to impairment in brain development. While some studies have found a link between early cannabis use and morphological brain changes, others which are more carefully controlled have found no link.

Due to the fact that cannabis use may interrupt normal brain development, children and adolescents should avoid use of cannabis unless it is deemed by a physician, in rare cases, that the potential benefits of use outweigh the risks.

History of Psychosis and Anxiety/Mood Disorders

Due to its classification as a hallucinogen, cannabis use may exacerbate certain mental health disorders, such as psychosis. Additionally, during intoxication with use of cannabis strains with higher levels of delta-9-tetrahydrocannabinol (THC), users (especially those who are inexperienced) may experience paranoia and emotional discomfort. Therefore, avoiding use in those with a past or family history of psychosis is recommended.

Many patients find that cannabis helps to relieve their anxiety. Regarding mood disorders, a recent study found that those with baseline major depressive disorder were more likely to begin cannabis use, but that cannabis use was not linked to an increased likelihood of having major depressive disorder. Additionally and interestingly, while “weekly to almost daily” cannabis use was associated with an increased likelihood of having baseline borderline personality disorder, daily use was not; there was also no link found between baseline borderline personality disorder and an increased likelihood to begin using cannabis. However, for those with mood and anxiety disorders, caution should be taken in using medical cannabis, for similar reasons as those noted at the beginning of this section.

Cannabis use may result in heart and vascular (i.e. blood vessel) problems in some patients (e.g. low blood pressure which can be harmful in certain diseases/disorders, potential increased risk of heart attack). While there is some evidence that cannabis use increases the risk of stroke, other evidence has suggested a decreased risk of stroke with a history of past cannabis use. Due to the fact that the impact of cannabis use on heart/vascular problems is not fully understood, use should be avoided by individuals with these health issues.

Additionally, smoking cannabis can irritate the airways and lungs. While a recent Harvard study found that low to moderate frequency of cannabis use does not result in decreased lung function in the general population, for those (1) with health issues related to the lung or (2) who also smoke tobacco (which is highly damaging to the lungs and strongly linked to the development of cancer of various organs), smoked cannabis should be avoided. Vaporization and ingestion methods are an alternative form of cannabis administration that will help to prevent additional lung damage.

Cannabis use should be avoided for patients with past cannabis or other substance abuse disorders in most cases, due to the potential for continuing or reestablishing dependence issues.

While cannabis use has been shown to increase lateral (side-to-side) motion within a lane, it has not been shown to impair handling, maneuvering, or turning. Some studies of drivers who have smoked cannabis alone (i.e. no additional alcohol impairment) have shown that they are no more likely than drivers who are sober to be involved in a fatal car accident, and a federal report released in February 2015 found no link between testing positive for THC (which can occur during intoxication, but also days after intoxication) and an increased risk of car crashes. This is partially due to the fact that people who have consumed cannabis tend to drive slower, leave more space between their car and the car in front of them, and are less likely to pass other cars. Alcohol has the opposite effect, and is known to greatly increase the chance of fatal accidents. Additionally, intoxicated drivers under the influence of cannabis tend to be more aware of their impairment than intoxicated drivers under the influence of alcohol, and some cannabis users who have often practiced driving under the influence show no changes in their driving behavior under the influence, as compared to driving behavior while sober. Driving under the influence of low doses (e.g. 0-4 inhalations/day of cannabis with <9% THC–often all that is needed for medical use [e.g. pain relief]) is more similar to driving under the influence of Benadryl (which should also be avoided), rather than alcohol.

However, cannabis with higher concentrations of THC or multiple inhalations may lead to more significant impairment. Due to (1) slowed reaction times, (2) skewing of time/space perception, and (3) increased lateral lane motion under cannabis intoxication, and (4) the inability for medical users to objectively assess whether or not they are experienced drivers under the influence of cannabis, those using cannabis should not drive either (1) while experiencing intoxication (i.e. psychoactive effects) or (2) for a few hours after the end of intoxication.