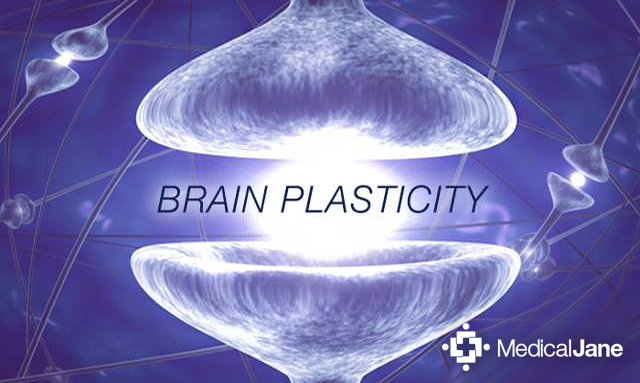 THC Can Protect From Brain Deficits

Cannabis research has continued to grow in popularity in recent years, and it has recently been suggested that tetrahydrocannabinol (THC) offers protection for the brain.

In a study published in September 2012, researchers intentionally caused injuries to the brains of mice with:

They also administered a single ultra-low dosage of the cannabinoid THC (.002mg/kg) either:

The researchers found that the single ultra-low doses of THC were protective against injury to neurons (i.e. cells of the nervous system that transmit signals, resulting in thinking, memory, movement, etc.).

Neuroplasticity Is Encouraged By THC

The role of neuroplasticity (i.e. the way that the brain develops over time) is widely recognized in healthy development, learning, memory, and recovery from brain damage. It occurs in response to experiences and consists of neurogenesis(neuron creation) and neuro-degeneration (neuron death). According to this study from Israel performed by Sackler Faculty of Medicine, there are a number of ways in which neuroplasticity is measured.

cAMP response element-binding protein(CREB) is a protein that binds to the cAMP DNA sequence. It is believed that CREB plays a role in neuronal plasticity and long-term memory formation. Brain-derived neurotrophic factor (BDNF) is protein that helps maintain the process of neurogenesis.A study published in 1995 suggests that it is necessary for normal neural development.

“These long-lasting effects indicate that a single treatment with an ultra-low dose of THC can modify brain plasticity and induce long-term behavioral and developmental effects in the brain.” — Sackler Faculty of Medicine, Israel

The researchers at the Sackler Faculty of Medicine investigated the levels of CREB and BDNF after the THC treatment. They found pCREB (phosphorylated cAMP response element-binding protein) was elevated in the hippocampus. BDNF levels increased in the frontal cortex as well.

Neuroplasticity is vital in learning, and this study sheds light on the possible benefit of small doses of THC in head trauma treatment.